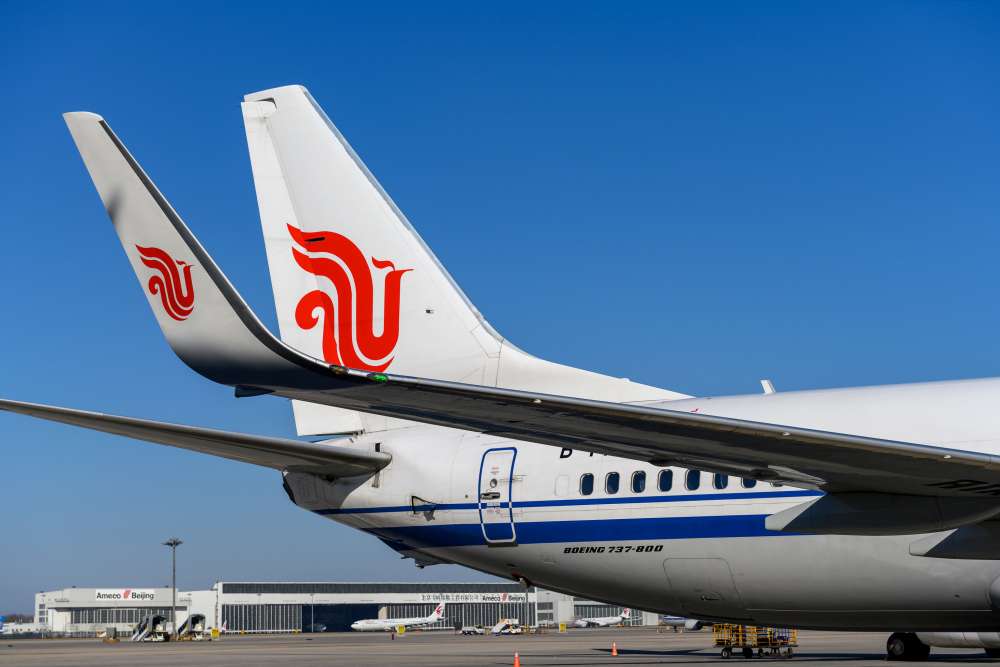 China’s aviation regulator on Monday grounded nearly 100 Boeing Co 737 MAX 8 aircraft operated by its airlines, more than a quarter of the global fleet of the jets, following a deadly crash of one of the planes in Ethiopia.

An Ethiopian Airlines 737 MAX 8 bound for Nairobi crashed minutes after take-off on Sunday, killing all 157 people on board.

It was the second crash of the 737 MAX 8, the latest version of Boeing’s workhorse narrowbody jet that first entered service in 2017.

In October, a 737 MAX 8 operated by Indonesian budget carrier Lion Air crashed 13 minutes after take-off from Jakarta on a domestic flight, killing all 189 passengers and crew on board.

The Civil Aviation Administration of China (CAAC) said all Chinese airlines had to suspend their use of the 737 MAX 8 by 6 p.m. (1000 GMT).

The aircraft is the latest version of Boeing’s workhorse narrowbody that entered service in 2017.

The CAAC said it would notify airlines as to when they could resume flying the jets after contacting Boeing and the U.S. Federal Aviation Administration (FAA) to ensure flight safety.

“Given that two accidents both involved newly delivered Boeing 737-8 planes and happened during take-off phase, they have some degree of similarity,” the CAAC said, adding that the order was in line with its principle of zero-tolerance on safety hazards. The 737 MAX 8 is sometimes referred to as the 737-8.

Chinese aviation data firm Variflight said at least 29 international and domestic flights on Monday had been cancelled and that airlines had swapped out the plane on 256 other flights that had been scheduled to use it.

China Eastern’s chairman, Liu Shaoyong, told financial publication Caixin on the sidelines of a parliament meeting in Beijing that it would only consider resuming 737 MAX 8 flights once Boeing issued a safety commitment for the jets and proved that there was no aircraft design link between the two crashes.

The cause of the Indonesian crash is still being investigated. A preliminary report in November, before the cockpit voice recorder was recovered, focused on airline maintenance and training and the response of a Boeing anti-stall system to a recently replaced sensor but did not give a reason for the crash.

Ethiopian Airlines said it had grounded its 737 MAX 8 fleet until further notice as an “extra safety precaution” even though it did not know the cause of Sunday’s crash.

The airline has a remaining fleet of four of the aircraft, according to flight tracking website FlightRadar24.

Cayman Airways said it had grounded both of its new 737 MAX 8 jets until it got more information.

But no other airlines said they were grounding their 737 MAX 8 aircraft. By the end of January, Boeing had delivered 350 of the 737 MAX family jets to customers, with another 4,661 on order.

A U.S. official told Reuters the United States was unsure of what information China was acting on.

The U.S. official, speaking on condition of anonymity due to the sensitivity of the matter, said there were no plans to follow suit given the 737 MAX 8 had a stellar safety record in the United States and there was a lack of information about the cause of the Ethiopian crash.

Western industry sources say China has been at pains in recent years to assert its independence as a safety regulator as it negotiates mutual safety standard recognition with regulators in the United States and Europe.

In 2017, it signed a mutual recognition deal with the FAA, but industry sources say it has struggled to gain approval from the FAA that would allow it to sell its self-developed C919 airliner to Western airlines.

Chinese aviation expert Li Xiaojin said the Chinese grounding was “reasonable and justified” but that some disruptions to passengers’ travel plans could be expected.

But he said he did not anticipate a major problem given that Chinese airlines operated fewer than 100 of the aircraft, compared with a combined fleet of more than 2,000 planes.

Singapore Airlines Ltd, whose regional arm SilkAir operates the 737 MAX 8, said it was monitoring the situation closely, but its planes would operate as scheduled.

Indonesia said it would monitor its airlines operating the 737 MAX 8, which include Lion Air and Garuda Indonesia but it did not mention any plan to ground the planes.

Fiji Airways said it had full confidence in the airworthiness of its fleet.