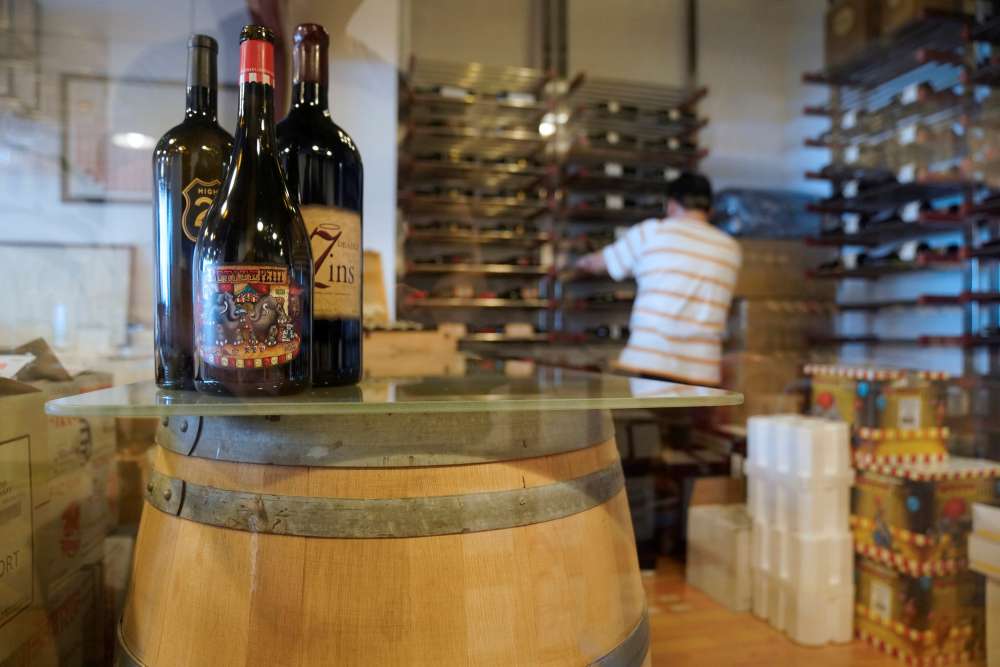 The United States and China slapped tit-for-tat duties on $34 billion worth of each other’s imports on Friday, with Beijing accusing Washington of triggering the “largest-scale trade war” as the world’s two biggest economies sharply escalated their conflict.

Hours before Washington’s deadline for the tariffs to take effect, U.S. President Donald Trump upped the ante, warning that the United States may ultimately target over $500 billion worth of Chinese goods, or roughly the total amount of U.S. imports from China last year.

China’s commerce ministry, in a statement shortly after the U.S. deadline passed at 0401 GMT on Friday, said that it was forced to retaliate, meaning imported U.S. goods including cars, soybeans, and lobsters also faced 25 percent tariffs.

China’s soymeal futures fell more than 2 percent on Friday afternoon before recovering most of those losses, amid initial market confusion over whether Beijing had actually implemented the tariffs, which it later confirmed it had.

“We can probably say that the trade war has officially started,” said Chen Feixiang, professor of applied economics at Shanghai Jiaotong University’s Antai Colege of Economics and Management.

“If this ends at $34 billion, it will have a marginal effect on both economies, but if it escalates to $500 billion like Trump said then it’s going to have a big impact for both countries.”

Friday’s long-expected tariff volley fuelled fear that a prolonged and escalating battle would deal a blow to global trade, investment and growth, while also damaging U.S. farmers who stand to lose revenues and potentially driving up food prices in China.

“Trade war is never a solution,” Chinese Premier Li Keqiang said at a news briefing with Bulgarian Prime Minister Boyko Borissov in Sofia before a summit with 16 central and eastern European countries.

“China would never start a trade war but if any party resorts to an increase of tariffs then China will take measures in response to protect development interests.”

In the run-up to Friday, there was no sign of renewed negotiations between U.S. and Chinese officials, business sources in Washington and Beijing said.

“Our baseline forecast assumes only a modest further escalation in the trade ‘war’ this summer,” Bank of America Merrill Lynch said in a Friday note.

“However, we can’t rule out a full-blown, recession-inducing ‘trade war’,” it said.

The dispute has roiled financial markets including stocks, currencies and the global trade of commodities from soybeans to coal in recent weeks.

Chinese shares, battered in the run-up to the tariff deadline, reversed earlier losses to close higher, but the yuan remained weaker against the dollar. Asian equities wobbled but also managed to end up.

Importers of American retail goods hit by higher Chinese duties were reluctant to pass the costs on to consumers for now.

An analysis of over four dozen targeted U.S products showed that prices were little changed on Friday afternoon from earlier in the week. The products, all sold on Chinese e-commerce platforms, ranged from pet food to mixed nuts and whiskey.

Ford Motor Co said on Thursday that for now, it will not hike prices of imported Ford and higher-margin luxury Lincoln models in China.

Some Chinese ports had delayed clearing goods from the United States, four sources said on Friday. There did not appear to be any direct instructions to hold up cargoes, but some customs departments were waiting for official guidance on imposing added tariffs, the sources said.

While Chinese state media have slammed Trump’s trade policies and on Friday likened his administration to a “gang of hoodlums,” the simmering conflict has gained little traction on China’s tightly controlled social media, not cracking the 50 top-searched topics on the Twitter-like Weibo platform.

China’s commerce ministry called the U.S. actions “a violation of world trade rules” and said that it had “initiated the largest-scale trade war in economic history.”

Trump has railed against Beijing for intellectual property theft and barriers to entry for U.S. businesses and a $375 billion U.S. trade deficit with China.

Throughout the escalating conflict, China has sought to take the high road, positioning itself as a champion of free trade, but state media ramped-up criticism of Trump on Friday.

“In effect, the Trump administration is behaving like a gang of hoodlums with its shakedown of other countries, particularly China,” the state-run China Daily newspaper said in an English language editorial on Friday.

“Its unruliness looks set to have a profoundly damaging impact on the global economic landscape in the coming decades, unless countries stand together to oppose it.”

China’s tariff list is heavy on agricultural goods such as soybeans, sorghum and cotton, threatening U.S. farmers in states that backed Trump in the 2016 U.S. election, such as Texas and Iowa.

“This is not economic Armageddon. We will not have to hunt our food with pointy sticks,” Rob Carnell, chief Asia economist at ING, said in a note.

“But it is applying the brakes to a global economy that has less durable momentum than appears to be the case.”

By In Cyprus
Previous articleCo-op probe decree published
Next articleLute ‘will find out outcome of leaders’ reflections’, Spehar says