China: 13 dead as bus plunges into river after fight between driver and passenger (video) 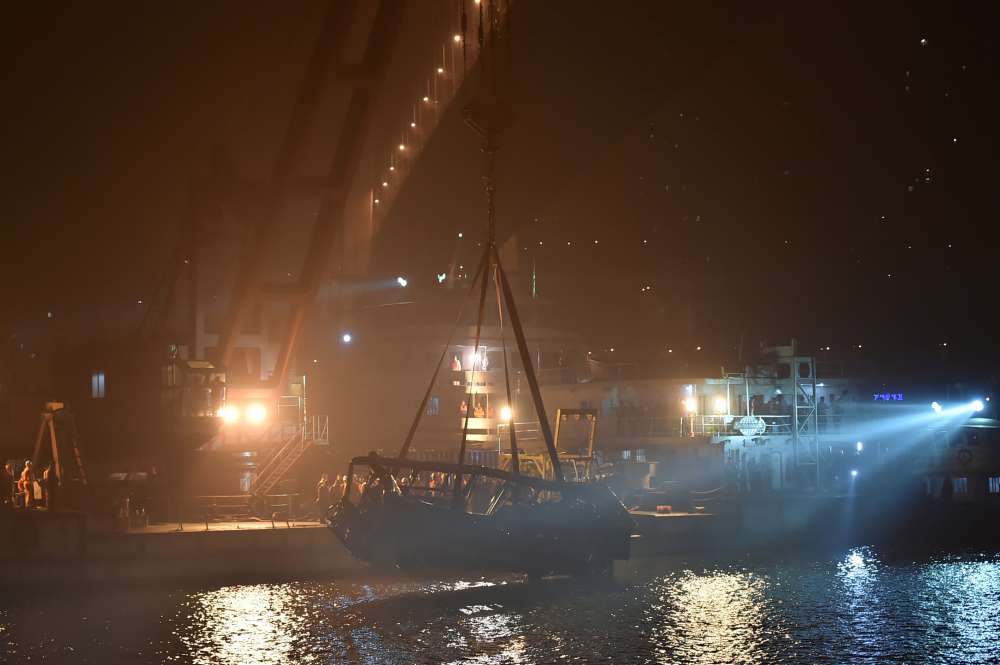 Fifteen people are feared dead after a bus in the Chinese city of Chongqing plunged from a bridge into the Yangtze River during a fight between the driver and a woman who missed her stop, police have said.

The bus collided at around 10 am (0200 GMT) with a private car that was driving against the flow of traffic on a four-lane bridge in the city’s Wanxian area. The bus then veered, broke through the bridge fence and plunged into the Yangtze river.

The bus sank some 80 metres under the water, state radio reported late on Sunday, citing rescuers.

An eight-second surveillance video posted on the force’s Weibo account showed the driver and a woman arguing and grappling with each other moments before the bus veered across oncoming traffic and off the bridge on Sunday morning.

Wanzhou district police said the 48-year-old woman asked the driver to pull over after she missed her stop. When he refused, she walked up to the front of the bus to confront him. The driver turned his head back several times during the argument.

As the quarrel escalated, police said, the woman hit the driver on the head with her mobile phone. The driver took his right arm off the steering wheel and fought back. He grabbed her arm when she attacked him again, then hastily steered to the left, sending the bus out of control.

Video: Bus plunged off a bridge in #China after a woman attacked the driver because she missed her stop. All 15 people on board were killed in the crash. pic.twitter.com/kEXiT7crGj

By In Cyprus
Previous articleAwards given to groups, volunteers for recycling
Next articleMurder suspect arrested in Turkish-occupied north