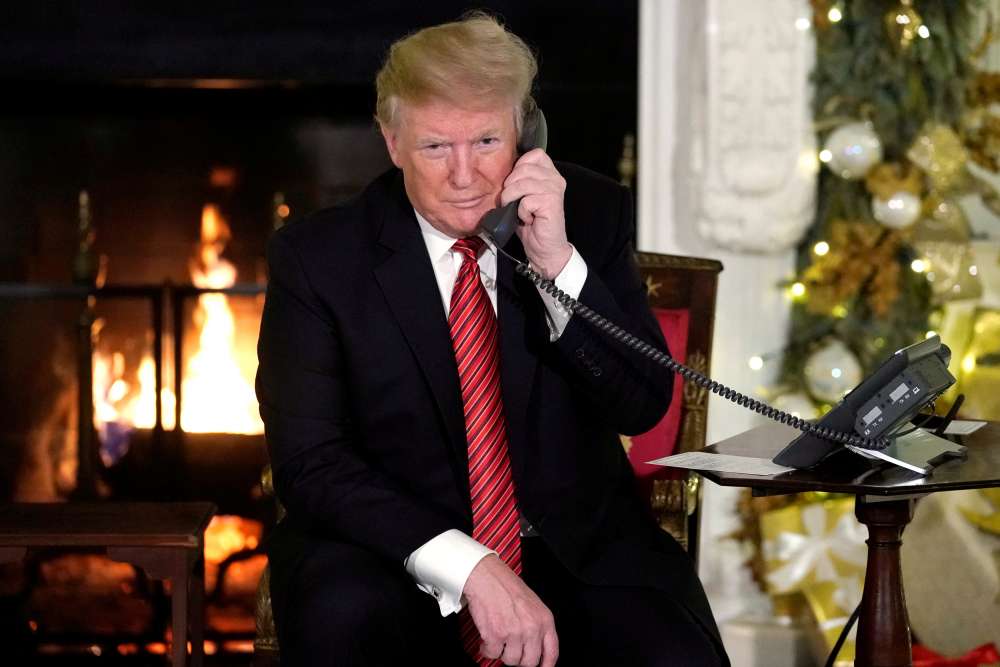 President Donald Trump set off a Christmas social media storm when he questioned whether a seven-year-old was too long in the tooth to believe in Santa Claus.

But not to worry.

The child, Collman Lloyd, from Lexington, South Carolina, told the Post and Courier newspaper she was still a believer. She and her two siblings left iced sugar cookies and milk out for Saint Nick overnight and, in the morning, the treats were gone and presents were under the tree.

Twitter had lit up after Trump, capping a week of plunging stocks, a government shutdown and the U.S. defense chief’s unceremonious departure, cast doubt on the cherished childhood fantasy.

“Are you still a believer in Santa?” Trump asked Collman in a phone call. “Because at seven, it’s marginal, right?”

In a video her family posted on the Internet, she replied “Yes sir,” later telling the newspaper she had no idea what “marginal” meant.

A Christmas tradition, the tracker delights children with “real-time” updates on his Christmas Eve journey.

“It’s just too freaking fantastic that Trump spent his Christmas Eve calling seven-year-olds and telling them believing in Santa at their age is ‘marginal,'” Democratic Senator Chris Murphy said on his Twitter account.

“Actually there is no heaven,” tweeted Dan Amira, head writer for “The Daily Show with Trevor Noah” comedy show. “When you die you just rot in the ground and get eaten by worms. Okay Merry Christmas, Timmy.”

The White House had no immediate comment on the social media response to the president’s Santa comments.

Stuck in Washington on Christmas morning because of the partial federal government shutdown, Trump displayed little holiday cheer to reporters after a 20-minute video conference with U.S. troops serving abroad.

He assailed the Federal Reserve for raising interest rates, railed against Democrats who refuse to fund the wall he wants to build on the U.S.-Mexico border, and blasted the investigation into his campaign’s alleged ties to Russia, among other regular targets.

The president then closed with holiday wishes of sorts. “It’s a disgrace, what’s happening in our country,” he said. “But other than that, I wish everyone a very merry Christmas.”