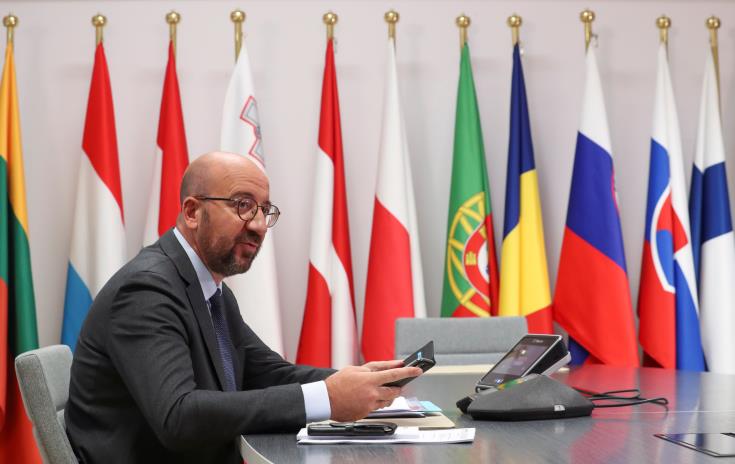 President of the European Council Charles Michel told Nicos Anastasiades the President of Cyprus that he is monitoring the situation in the region closely and takes appropriate action during a telephone conversation on Friday morning.

In a written statement, Government Spokesman Kyriacos Koushos says that “during their exchange, Michel informed President Anastasiades about the telephone call and the conversation he had with the President of Turkey Tayyip Erdogan”.

At the same time, it is added, President Anastasiades raised with Michel the issue of the fenced off part of the Turkish-occupied city of Famagusta in the backdrop of statements by Turkish officials and representatives of the illegal puppet regime in the northern Turkish-occupied part of Cyprus who speak about resettling Famagusta.

President Anastasiades stressed that a possible reopening of the fenced off part of Famagusta would greatly hinder prospects for the resumption of settlement talks for a comprehensive Cyprus solution the Government Spokesman added.

Michel “told the President of the Republic that the EU monitors closely the developments in the region and takes appropriate action” Koushos added and said that the two leaders agreed to stay in constant touch.