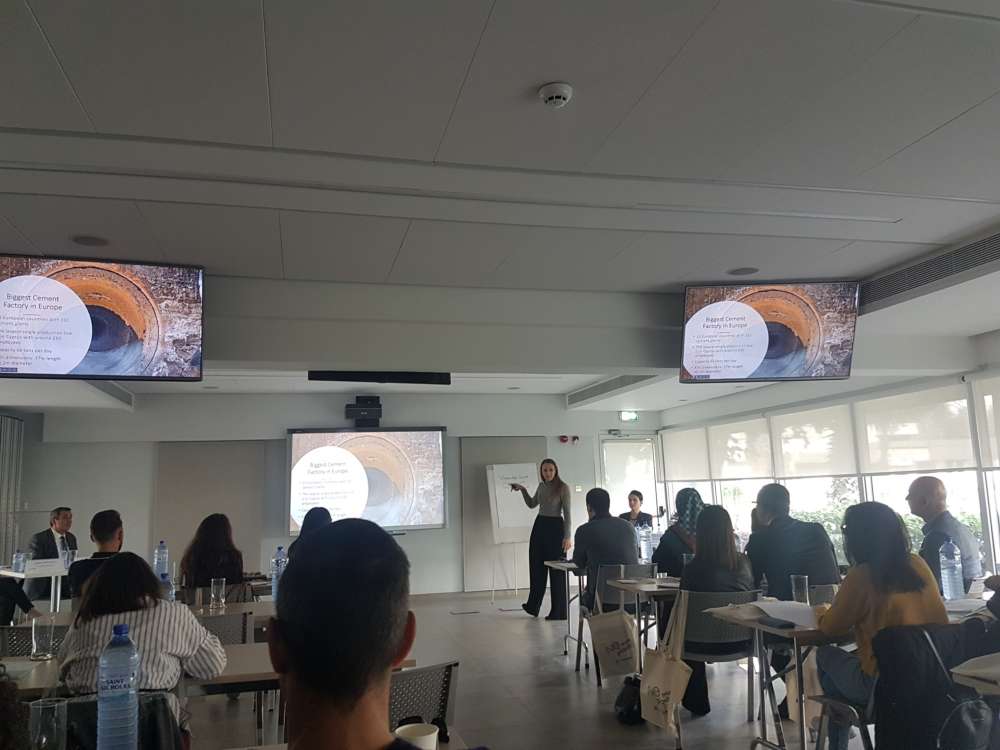 Finance students from six Cypriot academic institutions will analyse the business model of Vassiliko Cement Works in this year’s CFA Research Challenge. The competition is organised by the CFA Society Cyprus for the sixth year in a row.

As part of the competition, teams of three to five people are called to analyse the business model and share structure of a Cypriot company, in the same way professional financial analysts would approach such an endeavour. This year, and specifically on February, 21, 2020, the teams will be invited to present the results of their research on the business model of the Cypriot public company Vassiliko Cement Works, to CFA Charterholders and other finance professionals.

The teams have already taken part in two workshops on company presentations by board members of the CFA Society Cyprus, while another workshop will take place in early February. Moreover, on November 26, Vassiliko Cement Works staff welcomed undergraduate and postgraduate students taking part in the competition at the company’s premises, where they attended a presentation on the company’s profile.

Vassiliko Cement Works was founded in 1963, while the company’s plant became fully operational in 1967. Recognising the benefits of being near the sea, the company built Vassiliko Port in 1983, which has been continuously operating since then, providing the company with the opportunity to better serve its international clientele as well as facilitate the importation of raw materials. The company has been listed on the Cyprus Stock Exchange since 1996. In 2011, Vassiliko Cement Works made a very large investment with the installation of a new state-of-the-art clinker plant that follows the new European Standards. The production plant has been further upgraded with new investments in the past few years, with a primary focus on environmental performance.

Finance students from the Cyprus International Institute of Management (CIIM), European University, Frederick University, UCLAN Cyprus, University of Cyprus and University of Nicosia take part in this year’s local competition. The winning team of the Cyprus competition will participate in the EMEA Research Regional Challenge in Jordan on April 1-2 2020, with a view to representing  Cyprus in the World Final in New York on April 20-22, 2020.

In his statement, the President of CFA Society Cyprus, Panayiotis Mavromichalis, thanked Vassiliko Cement Works for their participation and pointed out that the CFA Research Challenge competition is being organised for the sixth consecutive year, giving finance students the opportunity to become acquainted with the financial analyst profession, under the guidance of financial industry experts. “Students participating in this competition can enhance their Curriculum Vitae (CV) as they are given an opportunity to analyse a company under real-market conditions.”