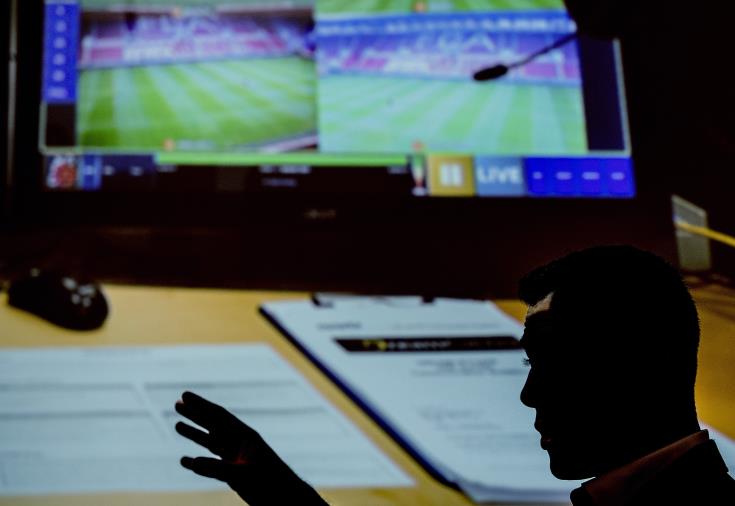 CFA Chairman George Koumas met Sunday with the referees’ association to discuss the developments regarding the Cyprus football games, following a decision by CFA to call off all league matches when referees announced last Friday to abstain. The decision came in the wake of a bomb attack against a football referee in Larnaca earlier in the day.

Yesterday it was announced by the Cyprus Football Association (CFA) that UEFA  has accepted its request to send a team to the island over the ‘red notices’ it sent on suspicious betting activity that could mean match fixing.

A CFA announcement following today`s meeting says that it took place in a productive environment and that the two sides discussed the conditions for the resumption of the league games.

The issue was also discussed on Friday at a meeting at the Justice Ministry following the bomb attack.  The UEFA team is expected to cooperate with the Cyprus Police to investigate the matches for which the European football governing body issued the notices, over suspicion of foul play. They will also train representatives of football clubs on how to deal with them.

The meeting at the Justice Ministry was chaired by Minister George Savvides, and in the presence of Cypriot Police Chief Michaelides and CFA Chairman George Koumas.

Cyprus President Nicos Anastasiades on Thursday evening pointed out that we need to take action regarding the red cards and spoke of some people who are related to criminals and badly expose the name of Cyprus and its football abroad. He also said that there are referees who are honest and honour their job but there are others who cooperate with corrupted people within the football sector.

By In Cyprus
Previous articleEuropean Commission: Turkey’s intention to dispatch Yavuz in the Cyprus EEZ does not contribute to dialogue
Next articlePaphos: Citizens cast olive branch wreaths in sea at bi-communal peace event (photos)