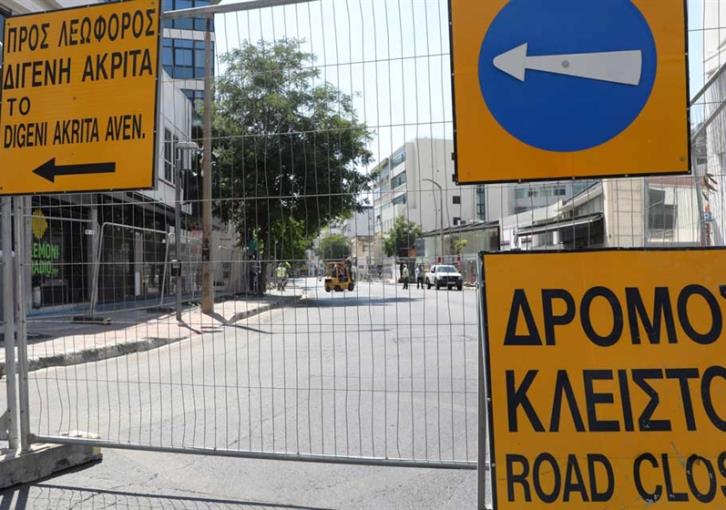 The Municipality of Nicosia has announced that from Saturday, August 1 to Wednesday, August 12, the junction of Makariou, Spyros Kyprianou and Digeni Akrita Avenues will be partially closed for works.

The works will be carried out in three smaller phases during which different traffic regulations will apply as follows:

During the first phase of the works, the traffic light-controlled contribution of Makariou, Spyros Kyprianou, and Digeni Akrita will remain closed for all traffic, while traffic to Kritis Street through Digeni Akrita Avenue will be allowed. The Municipality of Nicosia, in the same announcement, apologises for the inconvenience and calls on drivers to be careful and follow the traffic signals and detours.