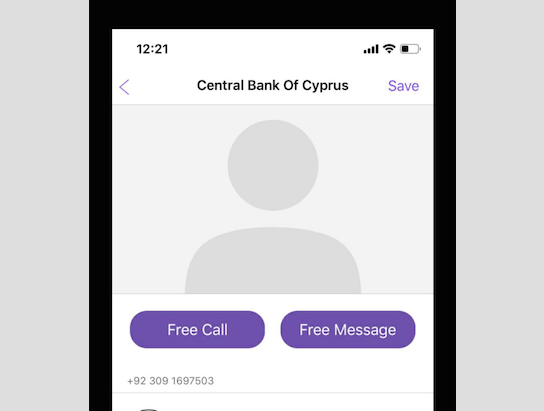 The Central Bank of Cyprus (CBC) warned on Monday of a mobile telephone scam showing the Central Bank as the caller asking the public to provide bank account details, the CBC’s spokesman told CNA adding that police are already investigating.

“We would like to inform the public that calls urging the public to provide their account details otherwise they will be unable to perform transactions are false and do not represent the Central Bank,” the bank said.

The bank also called on the public, for prevention purposes, to contact the Central Bank to verify the authenticity of any relevant information to ensure the safety of their personal data and by extension their bank accounts.

The bank has reached out to the police who are investigating the case.

The police later issued their own warning saying that citizens have reported calls where the scammer said that if account details are not provided the money in the bank account would be confiscated.

“Some of these callers purport to represent the Central Bank, and the public is urged to be particularly cautious,” the police said in its announcement.