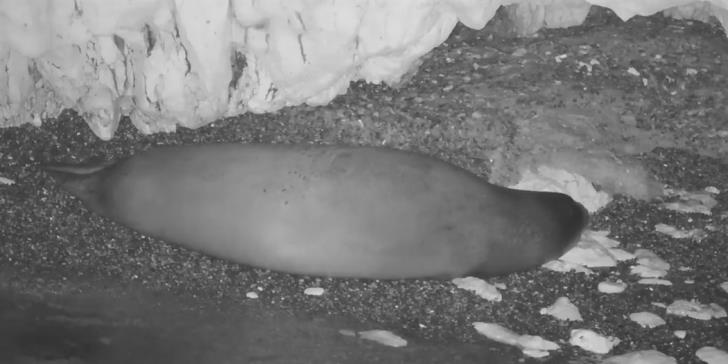 The  Agriculture Ministry has posted a video online of an endangered Mediterranean seal in a cave on the north coast of Cyprus, near the Akamas.

“The monitoring group of the Mediterranean seal in Cyprus is watching all the shelters of the species on a 24 hour basis, since the breeding period has started,” it said.

According to the Ministry seals were first officially recorded in Cyprus in 1959 while in the period 1970-2010 sightings were sporadic and rare.

Since 2011, there has been a recovery in population numbers.

The number of seals in Cyprus’ waters is estimated at 13.

By In Cyprus
Previous articleSick and elderly: Some EU nationals struggle to prove UK residency ahead of Brexit
Next articleNicosia says Gutteres’ statement aimed to send a message to the Turkish side