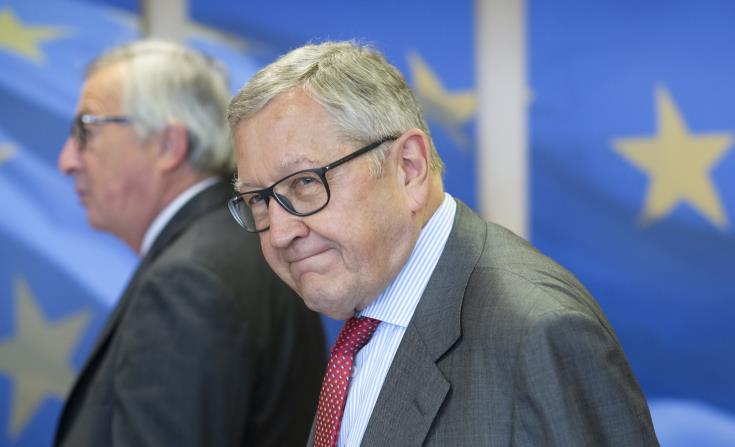 “Cyprus regained an investment grade rating in 2018 thanks to strong economic growth, a prudent fiscal policy, and a more resilient financial sector” and “the winding down of Cyprus Cooperative Bank (CCB) alleviated a major risk to financial stability through the removal of a large share of NPLs from outside the banking sector”, according to the chapter on Cyprus, issued under the annual ESM report for 2018.

According to the ESM report, “this one-off operation, however, adversely affected public finances in 2018 and banks still remain burdened by a sizeable NPL stock”, warning that “sustained reform momentum is key to mitigating the domestic and external risks that could unravel efforts made over recent years”.

“Despite Cyprus’ solid recovery in recent years, the country needs to safeguard the robust fiscal perfor- mance to relieve the public debt burden. And while the financial sector has made important progress, the high level of NPLs remains a key vulnerability for banks”, the ESM warns.

More specifically, the chapter on Cyprus of the annual report states that “the Cypriot economy posted another consecutive year of strong growth. GDP grew close to 4% in 2018, primarily driven by private consumption. Productivity growth reached the pre-crisis level, reflecting efforts to remove barriers in the service market. Economic activity helped to reduce the unemployment rate to close to 8%. Yet Cyprus’ economy remains exposed to external risks, which may lead to a sharper-than- expected slowdown of GDP growth that could, for example, reduce tax receipts and put a halt to the downward trend of unemployment.”

“Excluding the CCB transaction and its one-off impact on public finances, a combination of favourable eco- nomic conditions and prudent fiscal policy kept public finances on the virtuous path. The Commission projects that the general government surplus should still exceed 2.5% of GDP in the medium-term. The government’s support of the CCB partial sale temporarily interrupted the reduction of public debt, which had fallen below 100% of GDP at the end of 2017. The CCB deal will also lead to increased financing needs in the coming years. Cyprus currently faces no major risks in meeting its loan service payments. The reform momentum should, however, continue, particularly in areas related to public administration law”, the annual report reads.

Furthermore states that “Cyprus’ banks made important progress, but the sector remains vulnerable”.

“NPL ratios in the banking sector declined significantly but remain among the highest in Europe. In 2018, several NPL portfolio sales took place. Banks advanced in their restructurings but suffer from low profitability and additional provision- ing pressures. Furthermore, the government adopted a three-pillar strategy to stabilise the sector and reduce NPLs. A crucial pillar was the CCB’s orderly market exit. A domestic competitor acquired parts of CCB’s assets and liabilities, while another state- owned entity is gradually reducing the former CCB NPL stock. The second pillar was the strengthening of the legal framework for insolvency, foreclosures, and asset disposals as well as the adopting of a secu- ritisation law. The third pillar, an NPL subsidy scheme with pre-defined eligibility criteria, supports borrowers who face difficulties repaying loans backed by their primary residence”, states the report.

Finally the report registers that “the strong economic performance and the accelerated clean-up of banks’ balance sheets led to several rating upgrades. Cyprus now enjoys an investment grade rating from three of the four major agencies, and sovereign bond yields declined substantially dur- ing the year. Taking advantage of these developments, Cyprus issued a 10-year bond at a yield of 2.4% in September 2018. Going forward, the high private and public debt levels will remain the major burden on the country’s creditworthiness.”

By In Cyprus
Previous article40% of relatives believe Cyprus’ missing persons could be alive – report
Next articleCyprus should boost competitiveness and safeguard surpluses, Fiscal Council says