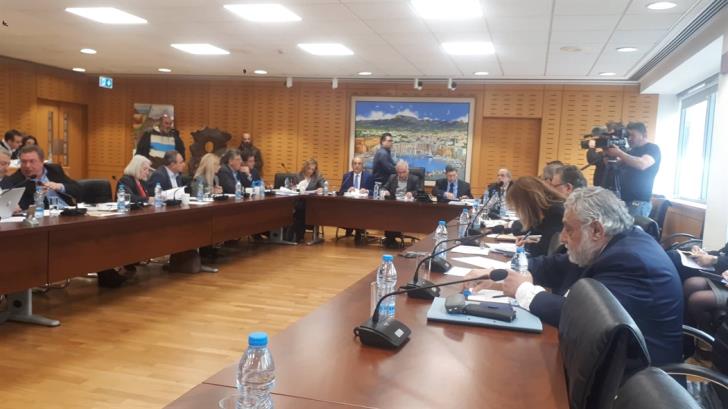 The committee meeting was held in the presence of House President Demetris Syllouris who was forced, however, to interrupt it after a war of words broke out between MPs of the ruling and main opposition parties.

Before the abrupt ending, Herodotou took questions over the controversial list and its contents.

However, a specific question by Opposition Akel MP Irene Charalambides sparked the outrage of Disy MP Costas Constantinou and the confrontation was so intense that the meeting had to be interrupted.

But before that, Herodotou assured the MPs that they would be given either the (former CBC Governor) Chrystalla Yiorkadji list or an updated one – depending on what they would ask for in writing.

The “confidential” PEP list was first delivered to Syllouris by Yiorkadji in April 2019, just before she stepped down.

Days later, Syllouris held a courtesy meeting with her successor, Herodotou, to whom he handed back the list asking that the supervisory body processes data held by commercial banks regarding red loans held by PEPs. As well as on possible debt write-offs.

Herodotou made clear on Thursday that the Central Bank was not authorized to process personal loan data and report on it.

He also explained that the Central Bank does not have the power to monitor specific loans and reach conclusions whether concessions were mutually granted, so the processing of the data is a matter for the House.

He also expressed the opinion that the Yiorkadji list was not processed in a high quality manner before being handed over to the House President.

By Annie Charalambous
Previous articleFukuyama: From the fall of the Berlin Wall and the USSR to the rise of Trump and Orbán
Next articleTrump blasts ‘dishonest and corrupt’ Democrats after impeachment drama