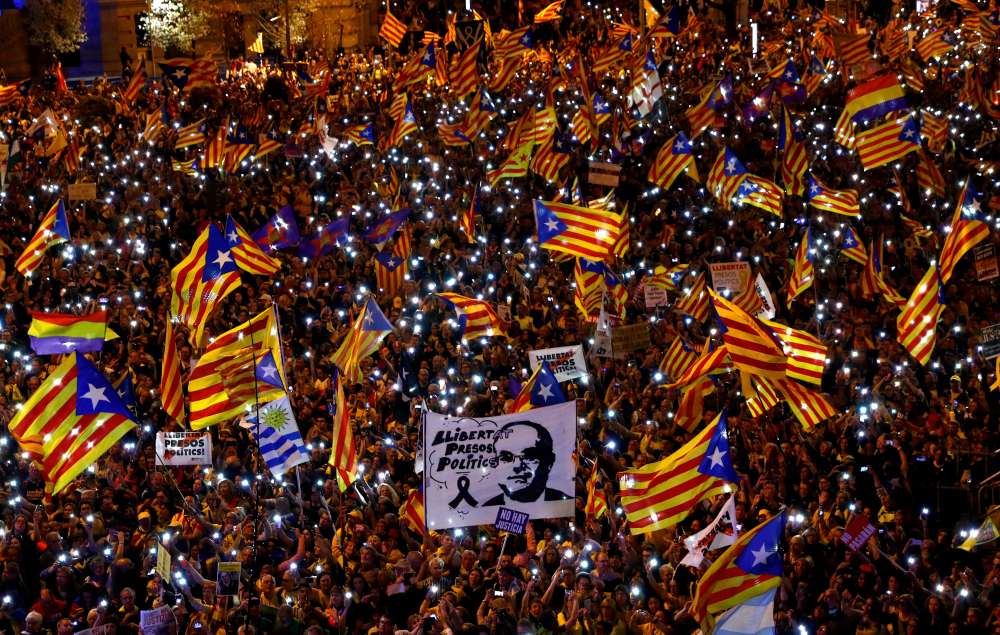 A Barcelona court on Tuesday charged 30 people with misuse of public funds over Catalonia’s 2017 independence referendum, a move that may worsen tensions between the region and Spain’s central government ahead of a nationwide election on April 28.

Catalonia’s stance is important as many polls suggest that Spain’s governing Socialists may need the backing of Catalan pro-independence parties to form a majority in Madrid.

The biggest issue in campaigning for the April 28 vote has been Madrid’s handling of Catalan discontent that led to the 2017 plebiscite and an ultimately abortive attempt to secede from Spain, with right-of-centre parties calling for tougher action against the Catalan government in Barcelona.

In a separate trial that has been criticised by international rights groups, 12 Catalan pro-independence leaders face charges including rebellion and misappropriation of funds that could, if convicted, see them face decades in prison.

The trial was a big factor in Catalan pro-independence parties withholding support for Prime Minister Pedro Sanchez’s 2019 budget earlier this year, depriving him of votes needed to pass the plan and triggering an early national election.

The defendants in Tuesday’s court session include aides to leading politicians in Catalonia’s former pro-independence government. They face charges including misappropriation of funds and falsifying documents. Graver charges of rebellion and sedition, faced by the 12 now on trial, were not included.

The Barcelona court set joint bail at 5.8 million euros ($6.5 million) in total for 17 of the accused, an amount equal to the public funds allegedly misappropriated for the organization of the referendum, a court writ said.

“(This) authoritarian stand confirms an absence of judicial independence and political persecution,” he said in a statement, and added that Catalonia’s independence quest would continue.

No date was immediately set for the trial.

By In Cyprus
Previous articleIMF revises Cyprus 2019 growth to 3.5%
Next articleCyprus’ FM to attend first official trilateral Ministerial meeting in Beirut with Greek and Lebanese counterparts