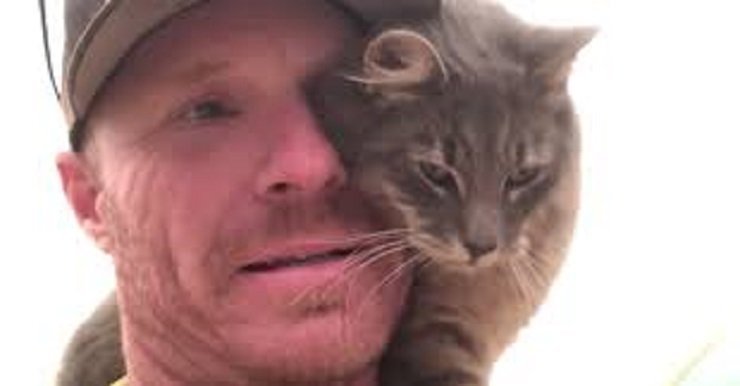 A firefighter responding to the deadly California wildfires made an unexpected feline friend.

The cat climbed on Capt. Ryan Coleman’s shoulder as he surveyed the devastation caused in Paradise, California by the fire, which has killed dozens of people and left thousands homeless.

“Kitty rescue,” wrote Coleman, an engine captain at Fairview Valley Fire Department. “She just chilled on my neck and shoulders as I’d walk around.”

Coleman’s footage on Facebook was watched over 1.7 million times.

The description on the YouTube video says that the cat’s owner contacted Coleman after he posted the video and “requested that we leave it in the care of their neighbor and not bring it to one of the animal shelters.”

According to official figures, 81 people were killed by the fires and 12,900 homes were destroyed.