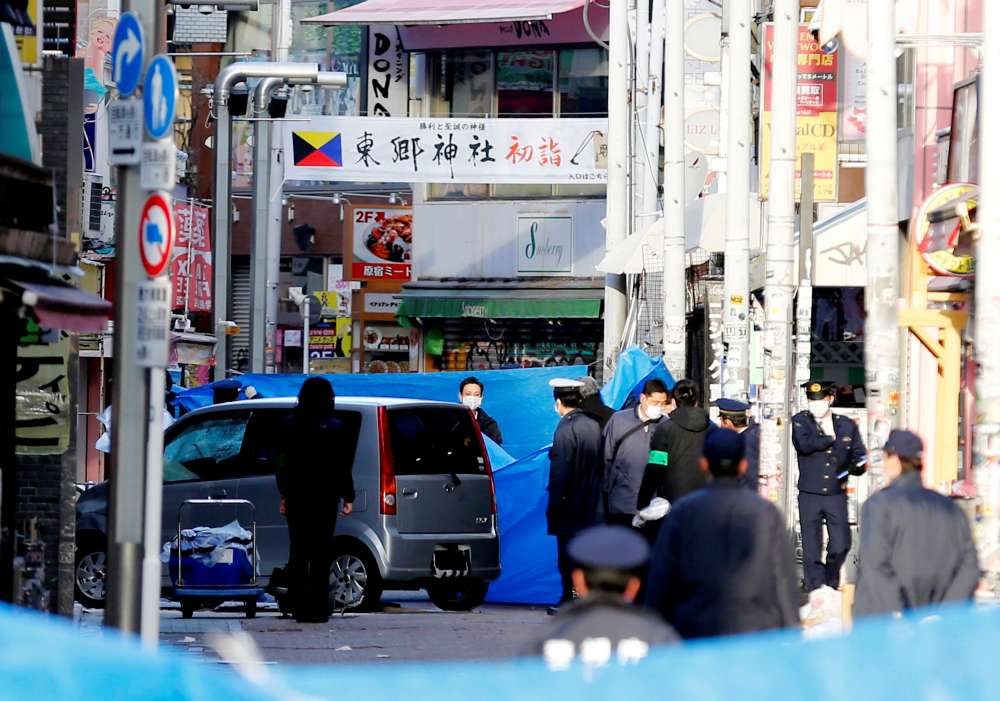 A car ploughed into crowds celebrating New Year’s Day early on Tuesday in a suspected terror attack, leaving eight people injured, including one who was unconscious.

A police spokesman said one suspect, in his 20s, had been detained and that he had described the incident as an “act of terror”. The spokesman declined to elaborate.

The incident happened shortly after midnight local time on Monday in a popular tourist area of Harajuku, near Meiji Shrine, in central Tokyo.

“I can’t believe it, this is a place I’m familiar with, so it’s very shocking,” said Tatsuhiro Yaegashi, a 27-year-old worker in the area.

By In Cyprus
Previous articlePolice: slippery roads; low visibility because of fog in the mountains
Next articleNicosia air pollution costs residents a year of their lives