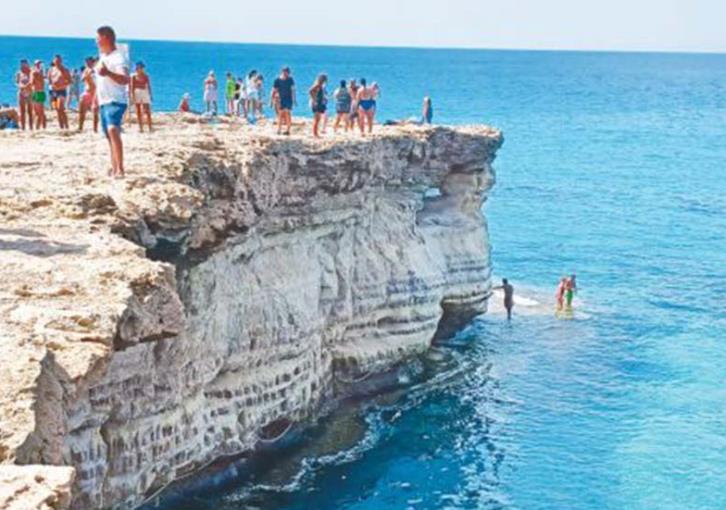 The legends of princes and kings swimming in the sea caves of Cape Greco along with the banning of diving which is now considered dangerous, both act as factors of attraction for Russian tourists visiting Ayia Napa and Protaras.

As mentioned by local tourism experts, an important factor to this tourist attraction was the Reuters coverage of the area which exemplified its unique beauty and also the attempts of many tourists performing dangerous dives from 30-40 meters.

Locals have mentioned the daily overflow of people in the area and the fact that it has now become a notable talking point among Russian youths.

As mentioned by Russian tourists Natasha and Yuri, they sought out Cape-Greco to swim in the waters where kings once swam and also dared to take a dive despite the prohibition.

The Ayia Napa municipality has placed an employee to advise against and prevent tourists from diving, but such prevention tactics do not always work.