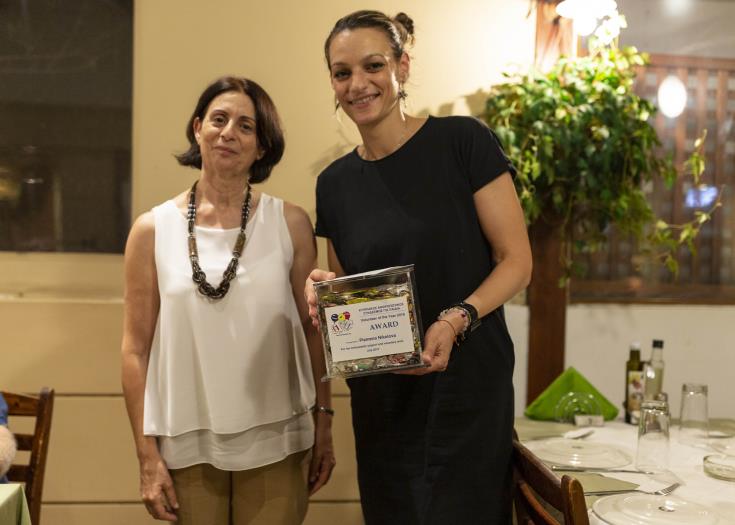 Charity “Cans for Kids,” which raises funds for medical equipment from compressed aluminium cans, hosted its annual dinner on Monday to recognise the contribution of its volunteers.

During the event, Commissioner for the Environment Ioanna Panagiotou presented Plamena Nikolova with the Volunteer of the Year Award.

Cans For Kids President Rosie Charalambous welcomed the Commissioner and briefly outlined the work of the organisation, praising Plamena and all the volunteers who help by giving up some of their spare time for this cause, a press release issued by the charity says.

On her part, the Environment Commissioner pointed out that the work the organisation is doing helps not only the environment but also, through the funds it raises, children in need of medical services. She pledged to assist the charity in any way she can.

Plamena has been a volunteer with Cans For Kids for the past four years and is a regular at the Saturday can sorting at the charity’s recycling centre, the press release says, adding that she always gives a ride to other volunteers who don’t have their own transport.

Since its establishment 29 years ago Cans for Kids has donated medical equipment worth over a quarter of a million euros to the Makarios Hospital children’s wards.

Can banks are located all over Cyprus and everybody is encouraged to deposit their empty cans there.