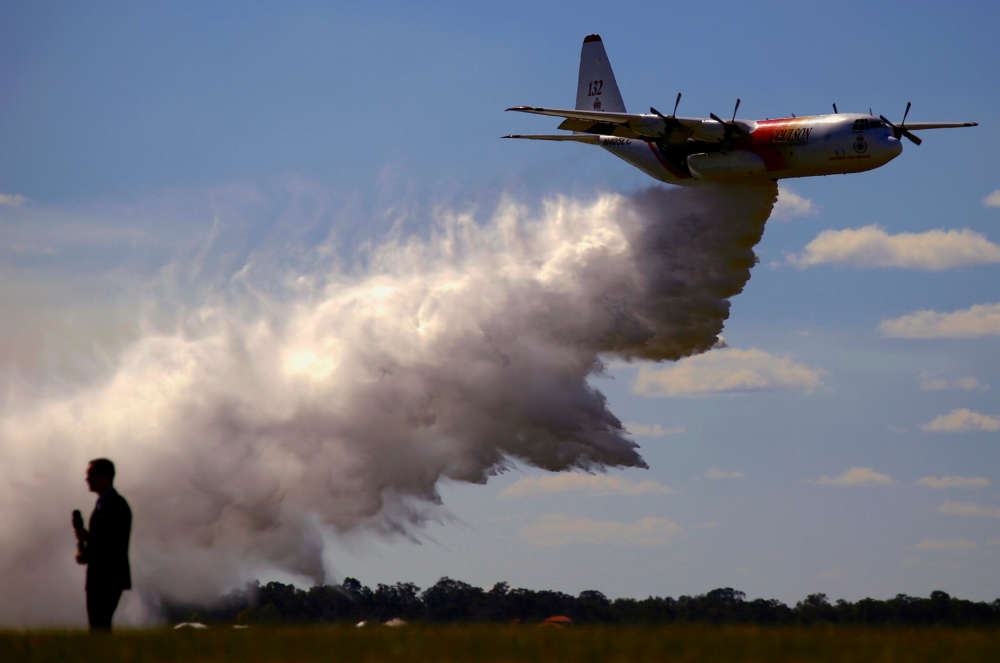 All three victims were American residents, Australian authorities said, adding that they did not immediately know why the plane crashed while carrying a load of fire retardant.

“Tragically, there appears to be no survivors as a result of the crash down in the Snowy Monaro area,” said Shane Fitzsimmons, the Rural Fire Services Commissioner for New South Wales state.

“(The tanker) impacted heavily with the ground and initial reports are that there was a large fireball associated with the impact of the plane as it hit the ground. There is no indication at this stage of what’s caused the accident.”

Fitzsimmons said the plane had been leased by Canadian aerial firefighting company Coulson Aviation, which has a second C-130 Hercules working in the Australian bushfires operation.

Coulson grounded its large air tanker fleet following the accident, pending a review to ensure there was no systemic issue like a fuel problem, Fitzsimmons said.

Coulson said the plane was on a firebombing mission and was carrying a load of retardant. The company said it will send a team to the crash site to assist in the emergency operations.

“The accident is reported to be extensive and we are deeply saddened to confirm there were three fatalities,” the company said in a brief emailed statement.

The deaths take the toll from hundreds of wildfires in Australia to 32 since September. An estimated 1 billion animals have also perished, while the fires have incinerated 2,500 homes and a total area of bushland one-third the size of Germany.

Authorities had previously said the tanker was flying in the Snowy Monaro region, south of the capital Canberra.

According to its flight data, the aircraft departed the Richmond air force base in western Sydney around 12:15 p.m. (0115 GMT). It dropped off radar just after 2 p.m.

Peak View is close to a blaze burning out of control in the Wadbilliga National Park, the fire service said.

Such air tankers typically carry 15,000 litres of water or fire retardant to be released over fires, which can help contain blazes in areas ground crews find hard to reach.

Belinda Greene, a receptionist at the Bredbo Inn Hotel near the crash site, said she heard police cars racing by in the early afternoon.

“We saw a lot of smoke all of a sudden a couple of hours ago,” she told Reuters by telephone.

Authorities have closed the airport in Canberra, the capital, as two emergency-level fires joined into a single out-of-control fire nearby.

Residents and businesses near fires were told it was too late to leave as thick plumes of dark smoke smothered the neighbouring suburbs.