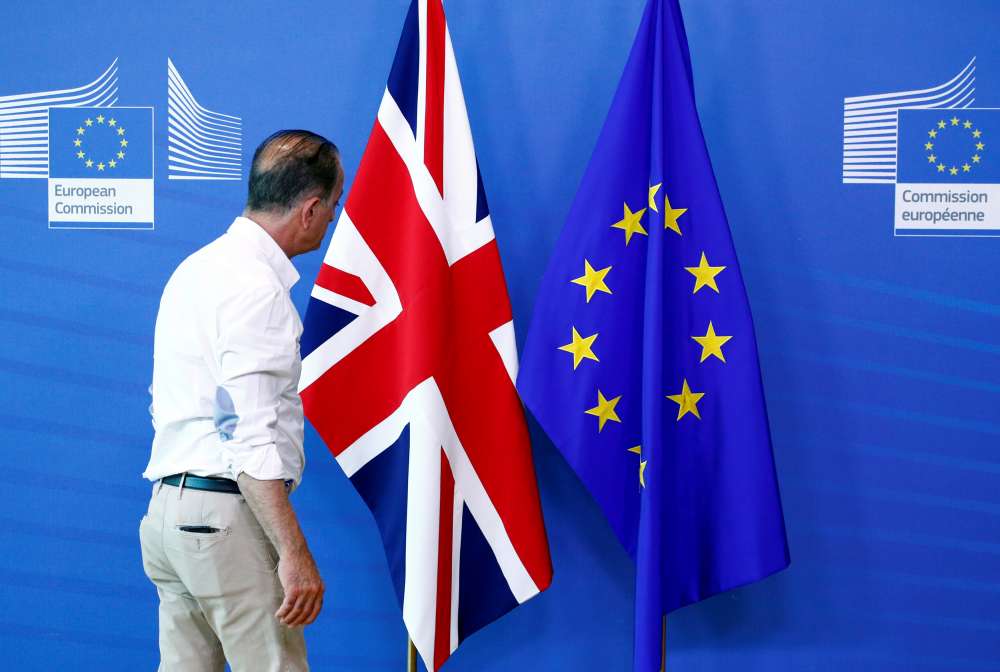 Pro-EU campaigners seeking to establish legally that Britain alone could stop the Brexit process took an appeal to Scotland’s top court on Wednesday.

They want judges to ask the European Court of Justice (ECJ) to clarify whether Britain could choose to remain in the world’s biggest trading bloc without permission from the other 27 members. That would require Britain’s parliament to first decide that the final Brexit deal, if and when it is reached, was not good enough.

The case is of renewed relevance as Britain’s Conservative government works against the clock to reach agreement with Brussels on the terms of its departure ahead of the March 2019 departure date.

The possibility of Brexit happening without an agreement has pummelled the value of sterling on foreign exchange markets, and the government says it has stepped up planning for that possibility.

The Edinburgh Court of Session hearing, backed by British and Scottish lawmakers, is an appeal against a June ruling. Judges then said they could not refer the matter to the ECJ because Britain had not decided to overturn Brexit, and the case was therefore hypothetical.

The Scottish court’s decision, which can be appealed at Britain’s Supreme Court in London, will be announced in the coming weeks, a court spokesman said.

Knowing whether Article 50, the part of the European Treaty which triggers a member state leaving, can be reversed is essential to keeping Britain’s options open, said Jo Maugham, a lawyer supporting this and other legal challenges to Brexit.

“This case – if it succeeds – means that when parliament looks again it will know whether we can just withdraw the Article 50 notice and keep all the opt-outs we presently enjoy,” he said.

“(We) will have the option of treating Brexit as just a bad dream.”

The British government has argued that the question of whether Britain could unilaterally stop Brexit is irrelevant because the will of the voters was made clear in the 2016 referendum and ministers will not reverse the decision.

However, with increasing worries that Brussels and London will not reach a deal in time, a recent poll found 45 percent of voters supported holding a new referendum whatever the outcome of talks with the EU, while 34 percent opposed it.

Prime Minister Theresa May has repeatedly ruled out another vote on Brexit, saying the public made their decision when they voted 51.9 percent to leave and 48.1 percent to stay in 2016

By In Cyprus
Previous articleUpdate 2: Fire near Milikouri under control
Next articleJudith Gail Garber appointed new US Ambassador to Cyprus