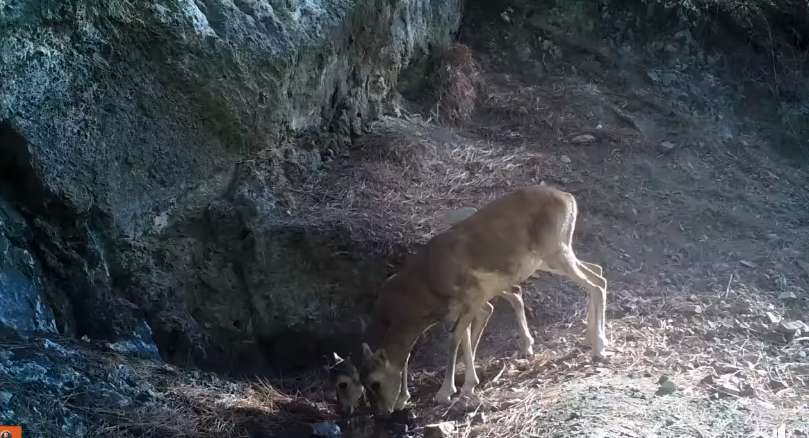 The Forestry Department has posted a video of two mouflon (a mother and her young one) drinking water from a spring in Paphos forest.

The video was recorded using a camera with motion recording sensors, it added.

“The cleaning of natural sources in forests is an important action to preserve biodiversity since water during the summer months is necessary for the survival of almost all species,” the Forestry Department said in its post.

The Cyprus mouflon,  a kind of wild sheep found only in Cyprus, is strictly protected.

Other types of mouflon can be found in other Mediterranean countries such as Turkey, Syria and the island of Sardinia.

The mouflons are very shy and agile, they move very fast on the steep slopes of the Paphos forest and are very difficult to approach,
especially when they are frightened, according to the website of the Ministry of Agriculture.

The mouflon is an animal that loves the forest. It can be found in small herds in the Paphos forest which covers an area of 60,000 hectares with natural vegetation consisting mainly of pine trees,  cedar trees and golden oaks, it added.

The mouflon feeds on various kinds of wild growth that flourish in the shady valleys of the forest. In summer, when the wild growth tends to wither, they wander out of the forest to look for food. It is during this time that the passers-by are able to see
them in forests with low vegetation or in fields that are close to the forests.

Measures to protect the the beautiful animal have been in place since 1938, with additional measures taken with the declaration of the Cyprus Republic and today, their number has increased to a satisfactory level and any danger of their disappearance has been eliminated, the ministry added.