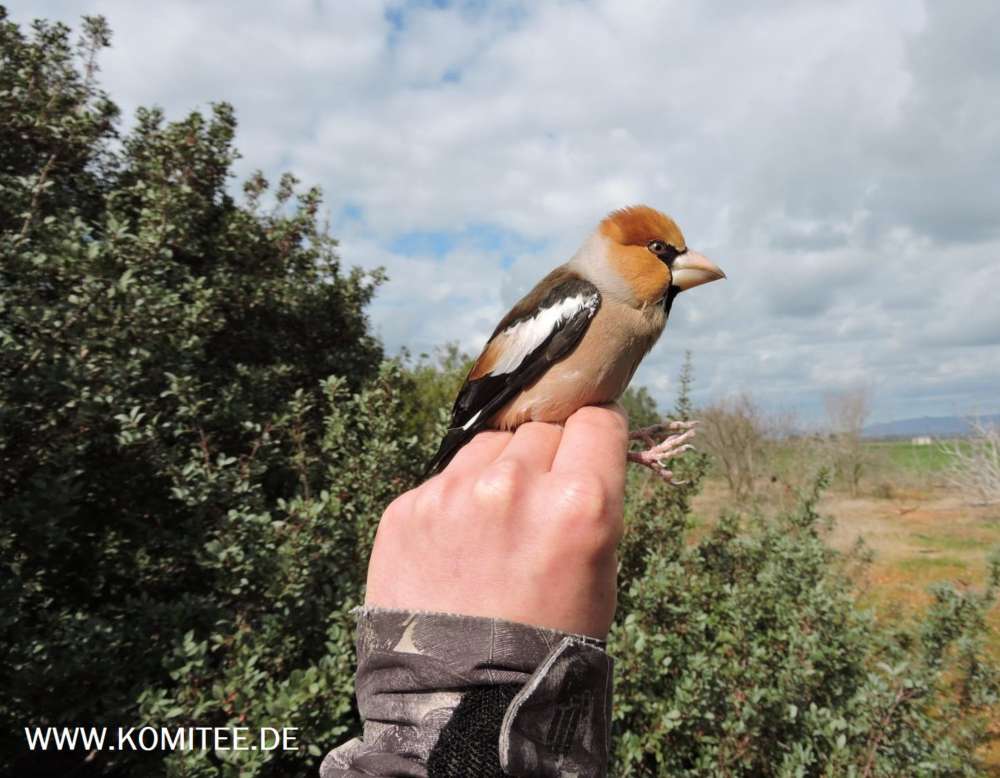 The Committee Against Bird Slaughter has announced the completion of its winter bird protection camp on Cyprus, saying that after 78 days of fieldwork since mid-December teams have found and dismantled 299 limesticks and 21 nets. During winter 2018/19 there were 824 limesticks and 138 nets.

Three poachers were arrested by working in close cooperation with wardens from the Game and Fauna Service.

“Given the decline in bird trapping this season it is increasingly apparent that our permanent presence is having a positive effect! However, incidents of illegal shooting remain widespread and the authorities often turn a blind eye,” the NGO said.

“Our team documented 56 hunting offences – from the use of unauthorised electronic callers and lures, hunting in protected areas and the shooting of protected bird species,” it said.

Eleven hunters were convicted as a direct result of CABS field investigations, but the pro-active involvement of the police left much room for improvement, it added.

The next CABS mission in Cyprus will start in a month’s time at the beginning of the illegal spring trapping season.

By In Cyprus
Previous articleShowers on Saturday, weather to clear on Sunday
Next articleJapan’s Abe prepares steps to soften blow of school closures as virus spreads