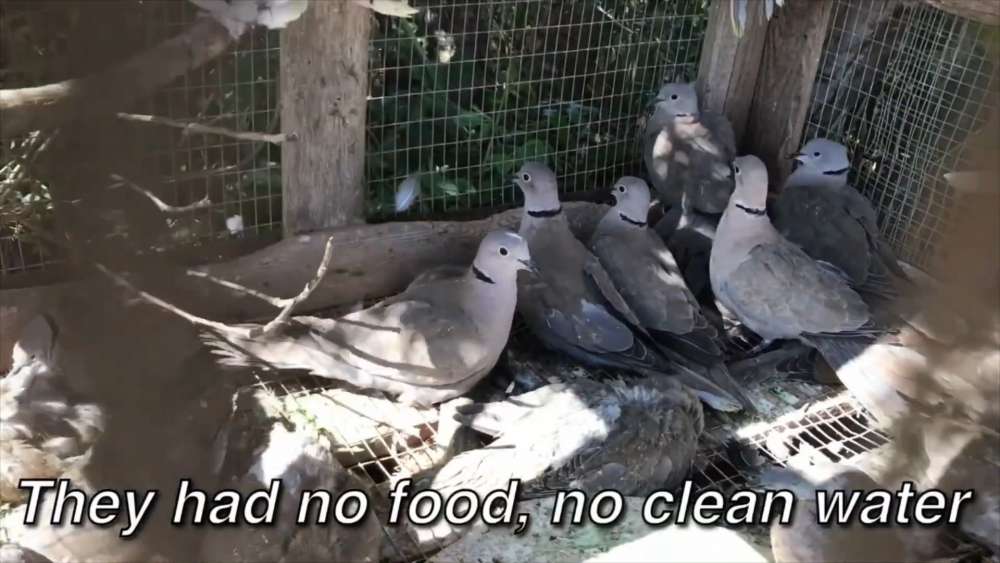 The Committee Against Bird Slaughter (CABS) on Saturday released a video from its operations in Cyprus, showing the discovery of a cage with trapped doves which were used as live decoys for hunting.

It said that the birds were found during its April camp in Cyprus.

“In April 2019, whilst searching for illegal bird traps during our spring bird protection camp, one of our CABS teams uncovered brutal animal cruelty by discovering a cage full of doves without food or clean water. The caged birds were being confined and used as live decoy birds for hunting,” the organisation said.

Of the 26 doves in the cage, 14 died from starvation and thirst.

Cypriot authorities were called to receive 12 birds, while another two that were in a very poor condition were rehabilitated and then released to freedom by the CABS team.

According to the organisation, the owner of the cage was not found.

During their last spring camp in Cyprus, CABS said that they found the lowest number yet of active trapping sites on the island.

CABS, together with its Italian partner organisation LAC, have been carrying out small scale anti-poaching operations since 1999.

Each year up to 16 activists from Germany, Great Britain, Israel and Italy participate in CABS operations. They search for illegal limesticks, mist nets and electronic decoy devices and monitor the illegal trade in dead song birds in restaurants, grocery stores and butchers’ shops. In cooperation with the authorities traps and nets are dismantled.