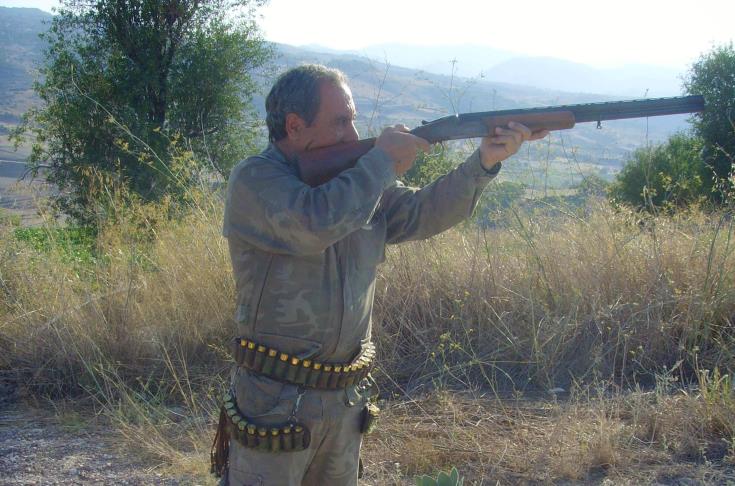 The Committee Against Bird Slaughter (CABS) has criticised the Cyprus government for allowing hunters to shoot in an area where protected migratory birds fly, fearing a repeat of last September’s massacres, as they claimed, with the Game and Fauna Service stressing that the area will be policed and no violations will be tolerated.

In a statement, CABS said it is “fearing another massacre of protected migratory birds after government lists poaching hotspot, known as the ‘Bee-eater cemetery’, as official hunting area.”

It said the official map with the designated hunting areas and dates for the upcoming hunting season was released a few days ago by Game and Fauna Service and also includes the Meneou area, which last September gained notoriety after CABS members “documented massacres of protected migratory birds near Lake Soros.” The finds created a public outrage and shocked bird conservationists all over Europe.

CABS has repeated its call to the government to draw the consequences and remove the Meneou area from the list of designated hunting areas before the opening of the season on the 22nd of August.

Whilst calling for clear ‘no hunting’ signage and effective enforcement, CABS members will be monitoring the situation daily and reporting any illegal activity to avoid another predictable massacre, it added.

A spokesperson for the Game and Fauna Service in Larnaca, invited to comment on CABS’ positions, told CNA that the Service will be patrolling the area and any violations will be immediately reported.

Especially, in the area which CABS refers to, the spokesperson said, the department is very well aware that it is a sensitive area, just like all coastal areas and there will be patrols in all areas.

Asked why the specific area was listed in the designated hunting areas since it is considered ‘sensitive’, the spokesperson said that all areas in Larnaca and generally in Cyprus can be considered sensitive since hunting does not take place in fenced areas on the island.

“There is policing and for this reason we will have patrols out not to allow any illegality”, the spokesperson added.

He also said that since 2003, those wishing to get hunting licenses have to undergo special lessons and exams before they are granted a licence. The department, he added, aims to develop in hunters an increased awareness to protect the environment and follow the rules and legislation. “We pay attention to this in an effort to lessen illegalities”, he noted.

To a remark that the hunters’ lessons might not be as effective as desired since last year CABS notes that a massacre has taken place in the area, the Spokesperson said “the department is aware of protecting the bee-eaters”. We will pay more attention to areas where isolated incidents have taken place. There are only a few hunters that violate the laws. The majority don’t. We are trying to isolate them”, he added.

The Game and Fauna service on Tuesday announced the regulations for turtle dove hunting this year that limits killing to 12 birds per hunter for the entire season. The hunting season begins on Sunday, 228 and ends on 30/9.