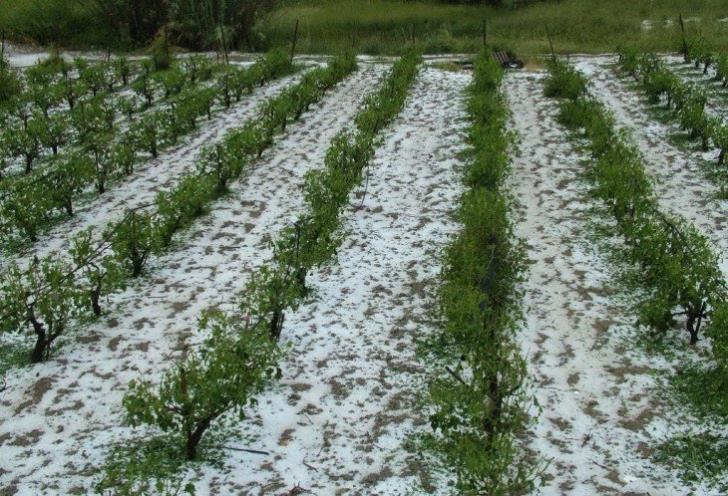 The Council of Ministers on Wednesday to give immediate support to farmers stricken by the recent hail storms in the Troodos mountains that devastated fruit and other crops.

Agriculture Minister Costas Kadis said that cabinet had decided on the immediate payment of 50% of the losses sustained, once applications for compensation are submitted. He expressed the hope that if all goes well, the full sum of the compensation will be paid by the end of September.

“The government is particularly sensitive to the plight of farmers affected by the recent weather and instructions have been given to the competent departments of the Ministry and the Agricultural Insurance Organisation to make an immediate assessment of the damage,” he said after the cabinet meeting.

The ministers urged farmers to quickly complete and submit the relevant documentation the soonest possible. “Officials have been instructed to work systematically to assess the damage and verify the data on the applications of our farmers. The decision of the Council of Ministers is for at least 50% of the compensation to be paid to give speedy relief,” he said.

A freak hailstorm in the Troodos Mountains on Monday devastated the year’s harvest, in some cases only days before fruit and was due to be picked. Desperate farmers appealed for state aid as quickly as possible saying that a year’s work had been destroyed.

By In Cyprus
Previous articleMitchell denounces Turkish harassment of drilling vessels in Cyprus’ EEZ
Next articleUpdated: Paralimni fire under control