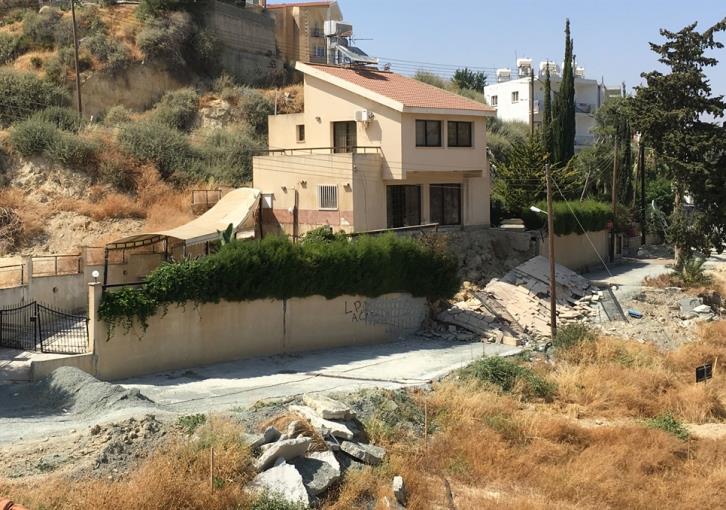 Cabinet on Wednesday approved financial assistance for homeowners in Pissouri’s Limnes area who have been forced to leave their homes after they were deemed unsuitable.

A slow-moving landslide has caused damage to the soil and houses as the village is located in a geologically problematic zone.

After being briefed by Interior Minister Constantinos Petrides about the problems at Limnes because of  landslides, cabinet  approved special ‘humanitarian aid’ for those whose houses have been found to be uninhabitable.

The official announcement on the decision did not say how much money will be given.

The Council of Ministers also decided on the immediate start of specific public infrastructure work to stabilise the land without first awaiting the study from a team of experts on a comprehensive plan to deal with the problem. That study is expected next year. These projects are essential and do not affect the study underway, it said.

Thirdly, cabinet decided to speed up construction of the sewerage system.

An area of around 500,000 m2 is affected by significant erosion and landslides in Pissouri.  The issue was revealed after heavy rainfall in June 2012. A 2015 study showed that the problem is caused by groundwater trapped in land, which used to be lakes, and unchecked human intervention, specifically embankment work.

As a result around 75 housing units are now affected and many have sustained significant damage. Six of them have been deemed dangerous and their tenants have been asked to evacuate them.

The Interior Ministry has previously said that responsibility for the problem rests on the shoulders of the civil engineers appointed by the development companies which built the houses.

The engineers did not conduct the necessary studies and took false conclusions into consideration.

Moreover, the Ministry said that since 2016 it has been urging the owners of the houses to consider taking legal action against the developers and the private civil engineers, something that has not yet taken place.