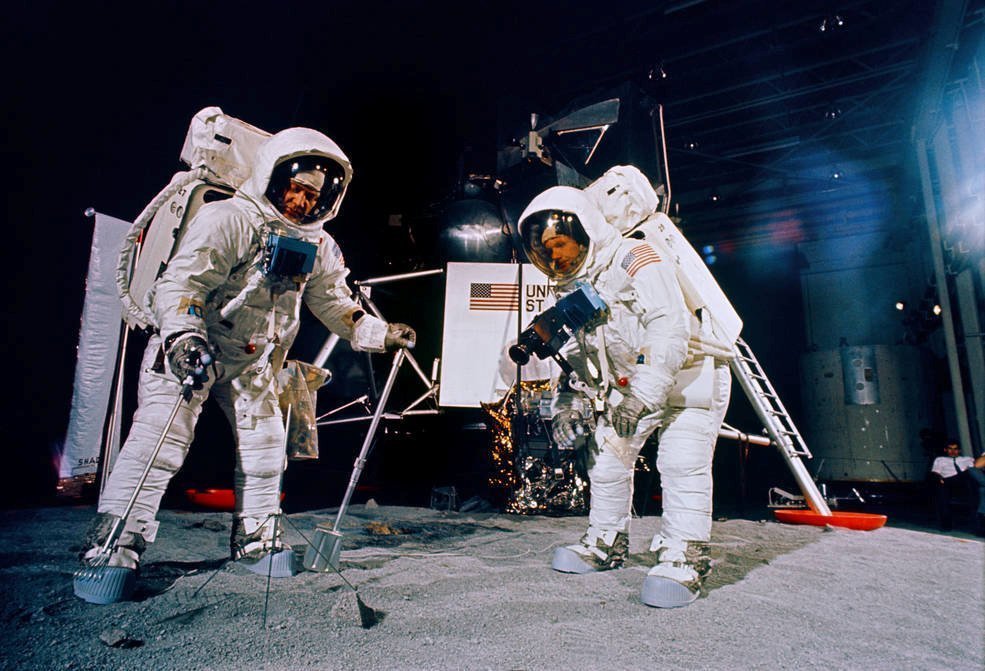 Fifty years after their history-making voyage to the moon, Buzz Aldrin recalls the first moments of the Apollo 11 launch being so smooth that he and his two crewmates, Neil Armstrong and Mike Collins, were unsure precisely when they left the ground.

He remembers the white-knuckle descent to the moon’s dusty surface in the four-legged lunar module Eagle, as Armstrong took manual control of the landing craft to pilot it to a safe touchdown, just seconds from running out of fuel.

And as the second human ever to step on the moon – Armstrong was first down the ladder – Aldrin recounts feeling sure-footed in the one-sixth gravity of the lunar surface while gazing at the “magnificent desolation” around him.

Aldrin says he and his crewmates were so absorbed in doing their jobs that they were oddly disconnected from how momentous the occasion was as it unfolded for hundreds of millions of people on Earth, watching it all on live television.

“I sometimes think the three of us missed ‘the big event’,” Aldrin said during a 50th anniversary gala at the Ronald Reagan Library outside Los Angeles. “While we were out there on the moon, the world was growing closer together, right here.”

Aldrin, now 89 and one of just four living people ever to have walked on the moon, recounted highlights of his Apollo 11 experiences in an interview with an organizer of Saturday’s event, which was closed to the media. A transcript was furnished to Reuters.

It was 50 years ago to the day on Tuesday that Aldrin, Armstrong and Collins were launched into space atop a Saturn 5 rocket from Florida’s Kennedy Space Center.

“We did not know the instant of leaving the ground. We only knew it from the instruments and voice communications which confirmed liftoff,” he recalled. “We sort of looked at each other and thought, ‘We must be on our way.'”

After reaching lunar orbit, leaving Collins behind as pilot of the command module Columbia, Armstrong and Aldrin descended to the moon’s surface in the Eagle. Armstrong ended up piloting the craft to a safe landing after overriding a computer guidance system that was heading it to a field of boulders.

During those tense moments, Aldrin’s voice was heard in the TV broadcast calling out navigation data as Eagle moved downward and forward over the surface to touchdown.

“We knew we were continuing to burn fuel. We knew what we had, then we heard ’30 seconds left.’ If we ran out of fuel, we knew it would be a hard landing. We saw the shadow cast in front of us. That was new, not something we saw in the simulator,” Aldrin recounted.

“I saw dust creating a haze, not particles, but a haze that went out, dust the engine was picking up,” he said.

In the final seconds of descent, Aldrin confirmed an indicator light showing that at least one of the probes dangling from Eagle’s footpads had touched the surface – calling out “Contact light.”

The relief of the two astronauts was mutual. “Neil remembers we shook hands, and I recall putting my hand on his shoulder and we smiled,” Aldrin said.

Hours later, Armstrong’s words upon becoming the first human to set foot on the moon – “That’s one small step for man, one giant leap for mankind” – were immortalized. As Aldrin recalls, “Neil thought of that. It wasn’t on the checklist.”

“I then got in position to come down … came down the ladder, and jumped off, being careful not to lock the door behind me,” he said, recounting “it was easy to balance” as he moved about the lunar surface to set up NASA experiments.

To this day, Aldrin added, he stands by his own best known, though somewhat less famous catch phrase from the moon – his impromptu description of the moonscape as a scene of “magnificent desolation.”