Bust of an EOKA hero in Nicosia desecrated. 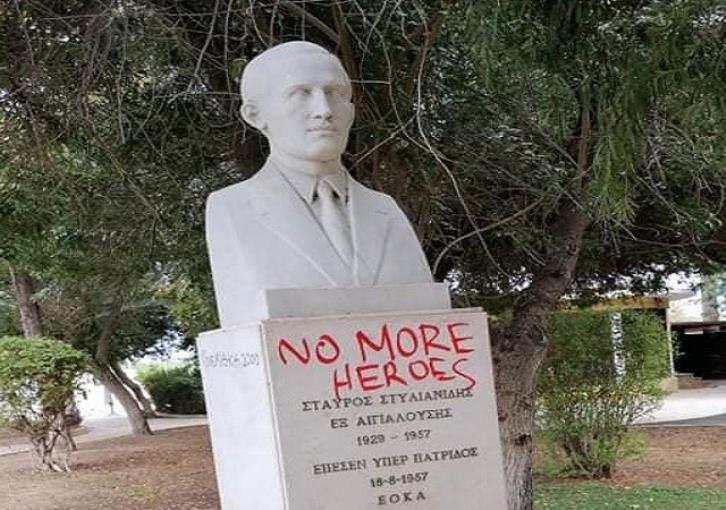 Unidentified person have desecrated the bust of EOKA hero Stavros Stylianides which is located in the garden of Chrysaliniotissa in the old part of Nicosia. The culprits have posted photos on social media with the slogan “No More Heroes.”

Given that a restaurant operates near the statue it is believed that the culprits acted late at night.

A monument in honor of Sofia Vempo, the singer who accompanied the Greek fighters in their struggle against fascism, which is situated next to the bust of Stylianides was also desecrated.