Bus strike in Paphos and Limassol 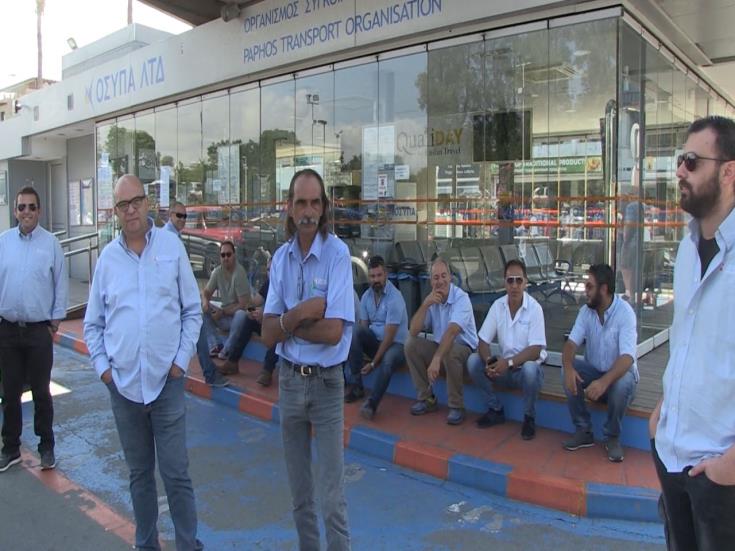 Bus drivers are striking in Paphos and Limassol, inconveniencing thousands of passengers and particularly school pupils.

Bus services are running normally in the other districts.

Bus drivers, technical and office staff of the Paphos bus company went on strike at 6 am. A spokesman for the drivers told the Cyprus News Agency that 5000 pupils and another 3500 passengers would be affected.

The Transport Ministry has appealed for dialogue in a new bid to resolve the dispute. The new permanent secretary Stavros Michail has also said that state payments will be submitted to the Nicosia, Limassol, Larnaca and Famagusta bus companies on Monday so that salaries can be paid.

By In Cyprus
Previous articleCloudy with rain and thunderstorms forecast tonight
Next articleTrump says China to cut tariffs on U.S.-made autos after trade war truce