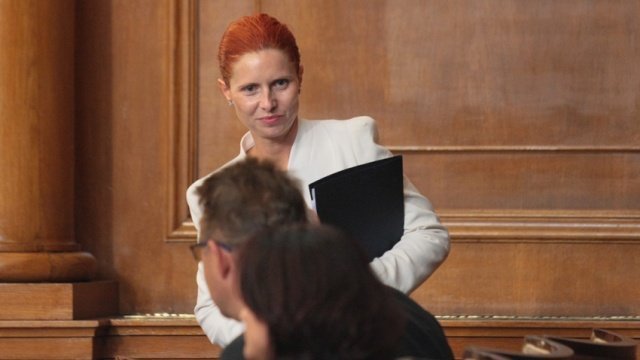 Bulgaria’s head of insurance supervision resigned on Tuesday, bowing to pressure from politicians to quit after a Cyprus-based insurance company was wound up, leaving nearly 200,000 Bulgarians without car insurance.

Ralitsa Agayn, deputy chair of Bulgaria’s Financial Supervision Commission (KFN), offered her resignation just before Bulgarian legislators interrupted their holidays for an extraordinary parliamentary session on the liquidation of Olympic Insurance Company Ltd and its impact on Bulgarians.

Agayn, who was in charge of insurance supervision at the regulator, denied wrongdoing and defended the KFN’s handling of the case, but told reporters she was stepping down for “emotional” reasons.

Lawmakers voted overwhelmingly to accept her resignation, which had been called for by both the government and opposition.

The KFN has faced questions over its handling of the case and anger from citizens who have lost their compulsory third-party car liability cover with the company and want compensation.

“All the powers available to the KFN have been applied in this case and there is no omission,” Agayn told parliament.

The Bulgarian parliament later voted 107-5 to ask the KFN to produce a report by Sept. 7 explaining its oversight of the insurance company.

KFN said it prohibited Olympic Insurance’s branch in Bulgaria from signing new contracts on May 10 after it was informed of problems at the insurer by Cyprus’s Insurance Companies Control Service.

Bulgarian Foreign Minister Ekaterina Zaharieva met the Cypriot ambassador to Sofia on Monday evening and called for an immediate expert-level meeting on the issue between the KFN and the Cypriot Finance Ministry, the Foreign Ministry said.

On Monday, Bulgaria’s chief prosecutor Sotir Tsatsarov ordered the State Agency for National Security to investigate whether KFN had complied with legal requirements when Olympic Insurance began operating in Bulgaria in 2009 and how it had exercised its supervisory powers.

Agayn said that compensation due under terminated policies was secured through a state guarantee fund.

Bulgarians bought Olympic Insurance policies worth about 40 million levs ($23.4 million) but their losses will be smaller as many policies were payable in installments, Agayn has said.

The KFN named Vladimir Savov as temporary replacement for Agayn.