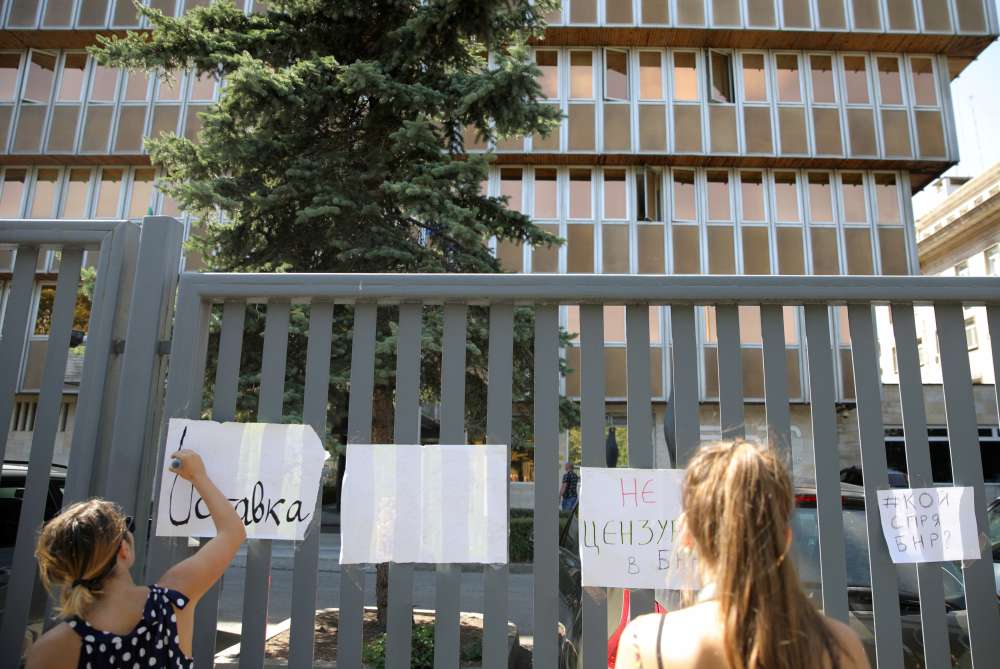 Dozens of journalists at the state-run Bulgarian National Radio (BNR) staged a protest on Friday in support of media freedom after a colleague known for her coverage of the country’s graft-prone judicial system was briefly suspended from her job.

The case drew criticism from human rights groups and the Bulgarian branch of the Association of European Journalists, which spoke of a “coup against journalistic professionalism” in a country that has the lowest ranking among the 28 European Union member states for press freedom.

The new head of BNR news, Nikolay Krastev, on Thursday suspended Silvia Velikova, a respected radio anchor and reporter, saying she had violated her contract by urging listeners while on air to join a protest over the appointment of Bulgaria’s next chief prosecutor.

But many journalists and others saw the move as politically motivated. Facing a strong backlash, Krastev then resigned and Velikova was reinstated. Amid the turmoil, BNR took its Horizont news channel off the air for five hours and the communications regulation commission said it would investigate the case.

“It’s ugly, it’s scandalous. What are they afraid of? People are not stupid and they understand what this is about.”

The issue has crystallised the frustration of many Bulgarians with what they see as a corrupt and opaque political elite and an ineffective judiciary, which have often been criticised by the European Commission.

In October 2017 hundreds of journalists protested in Sofia against threats from Deputy Prime Minister Valeri Simeonov against Bulgaria’s biggest broadcasters, whom he accused of waging a “massive smear campaign” against him.