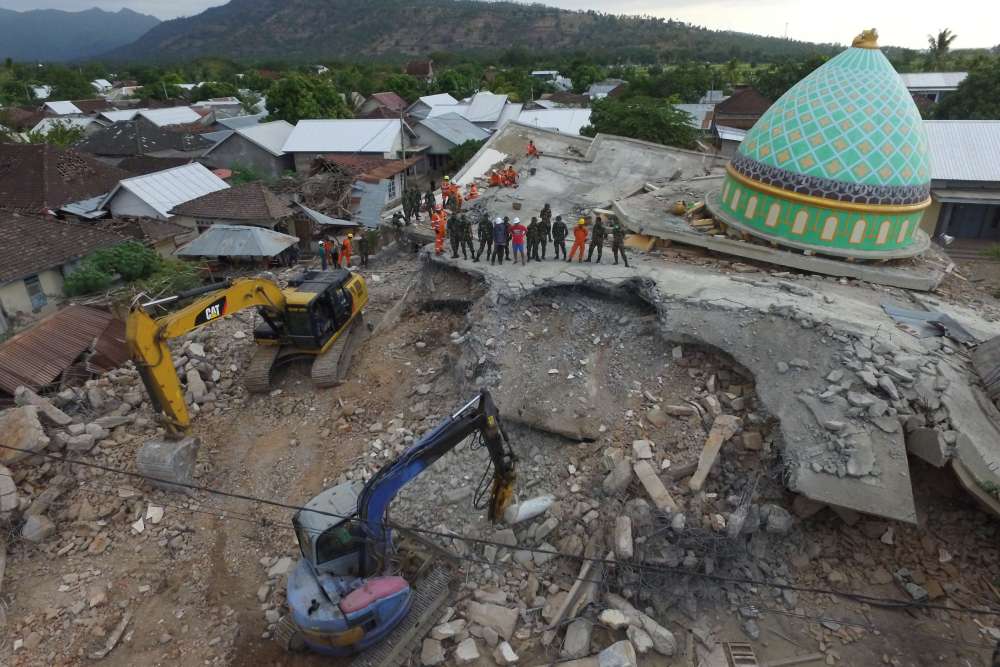 A magnitude 6.2 earthquake rocked Indonesia’s Lombok on Thursday, with witnesses reporting collapsed buildings, the latest in a series of tremors on the tropical tourist island that have killed more than 150 people in the past two weeks.

Reuters witnesses reporting on the aftermath of last Sunday’s quake in the north of the island said people ran out onto roads in panic and some buildings collapsed.

“Evacuees and people ran out of houses when they felt the strong shake of the 6.2 magnitude quake …. People are still traumatised. Some buildings were damaged further because of this quake,” Sutopo Purwo Nugroho, a spokesman for Indonesia’s disaster mitigation agency (BNPB), said on Twitter.

Officials said the quake’s epicentre was on land and so there was no risk of a tsunami.

The United States Geological Survey (USGS) recorded the latest quake at 5.9, with a depth of 10 km (6 miles).

BNPB’s official death toll from Sunday’s quake stood at 131 on Wednesday, although some Indonesian officials put the number at 347. Sutopo did not give an updated toll, telling Reuters only that there had been “a big increase”.

A humanitarian crisis is also looming in Lombok, where thousands have been left homeless and in desperate need of clean water, food, medicine and shelter.

Officials said about three-quarters of Lombok’s rural north had been without electricity since Sunday, although power had since been restored in most areas. Aid workers have found some hamlets hard to reach because bridges and roads were torn up by the disaster.

Thousands of tourists have left Lombok since Sunday, fearing further earthquakes, some on extra flights provided by airlines and others on ferries to the neighbouring island of Bali