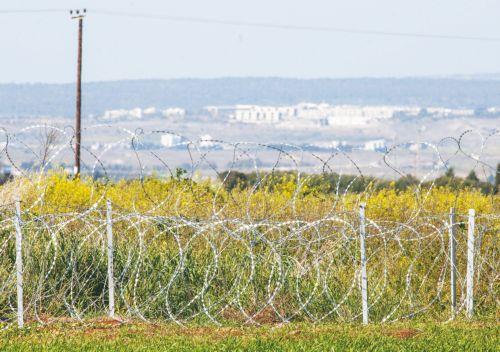 Anyone wanting to trade drugs, pesticides, large quantities of tobacco and any other illegal products is aware that he can do so at the buffer zone, without any procedures and bureaucracy. All he has to do is to drive his vehicle full of goods at the borders separating the non-government controlled areas with the government-controlled areas, leave it at a specific point from where his associate from the other side will get the things.

The issue of the illegal trade was revived after the installation of a barbed wire from Astromeritis until the area of the old Nicosia Airport aiming to stop the crossing over of illegal migrants.

Residents of Astromeritis said that the trade had been easy due to the fact that the military posts in the area are now not manned and this leaves the area unprotected.

Moreover, we have asked the Chief of the Fire Service what happens in case of a fire in the buffer zone. He said that in recent years weeds are cut in cooperation with the United Nations.