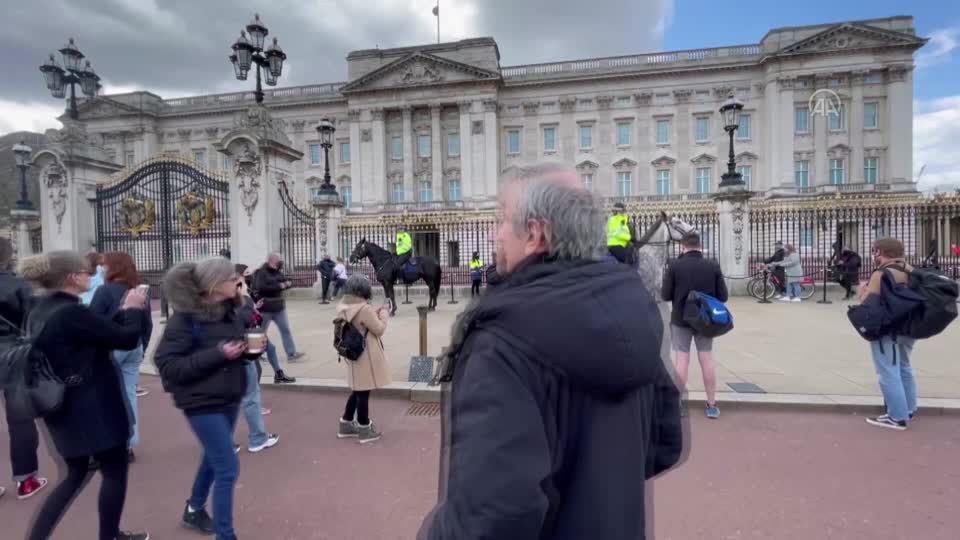 Prince Philip, the duke of Edinburgh, has died, a statement by Buckingham Palace said on Friday.

The statement said: “It is with deep sorrow that Her Majesty The Queen has announced the death of her beloved husband, His Royal Highness The Prince Philip, Duke of Edinburgh.

“His Royal Highness passed away peacefully this morning at Windsor Castle.” Philip, 99, was married to Queen Elizabeth II for 73 years, making him the longest-serving consort in British history. His 100th birthday was in June.

His duty was, above all, to serve and support the queen – both in a personal capacity as well as a public one such as on state occasions and royal visits.

After a series of small hospital admissions in 2011, 2012, and 2013, Prince Philip stepped down from public duties in May 2017. Earlier this year had his longest-ever stay in hospital, for a heart condition.

By that point he had carried out over 20,000 solo public engagements; for many decades, he was known as the busiest and most energetic member of the royal family. In line with his duties, he did, however, continue to make appearances beside the queen at major events.

Local media reported that the duke’s wish to have a royal ceremonial funeral rather than a state funeral will be respected, but no official details on the funeral have been announced.

On the Greek island of Corfu in 1921, Philip was born a royal – just not a British one. He was Prince Philip of Greece and Denmark. In his trademark acerbic style, he once described himself as “a discredited Balkan prince of no particular merit or distinction.” At 18 years old, he joined the British Royal Navy as a cadet.

Two years after the war, in 1947, Prince Philip renounced his Greek and Danish royal titles, and gave up his career in the Royal Navy in order to marry then-Princess Elizabeth.

Ahead of the marriage, he took up the surname Mountbatten and became a naturalized British subject.

The marriage was significant occasion for many reasons, not least that it was the first major – and positive – state occasion after the devastation and brutality of the Second World War.

With the queen, Prince Philip had four children: Charles, Anne, Andrew, and Edward. Known publicly for his gruff manner, Prince Philip was nevertheless a loved and respected father, grandfather, and great-grandfather. The queen described him as her “constant strength and stay.”

Since the 1940s, Prince Philip has been a key feature of British public life, and will be remembered for his service to both queen and country.

British Prime Minister Boris Johnson said: “He was an environmentalist, and a champion of the natural world long before it was fashionable.

“With his Duke of Edinburgh awards scheme he shaped and inspired the lives of countless young people and at literally tens of thousands of events he fostered their hopes and encouraged their ambitions.

“We remember the duke for all of this and above all for his steadfast support for Her Majesty the Queen.

“Not just as her consort, by her side every day of her reign, but as her husband, her ‘strength and stay,’ of more than 70 years.

“And it is to Her Majesty, and her family, that our nation’s thoughts must turn today. “Because they have lost not just a much-loved and highly respected public figure, but a devoted husband and a proud and loving father, grandfather and, in recent years, great-grandfather.”

“Prince Philip dedicated his life to our country – from a distinguished career in the Royal Navy during the second world war to his decades of service as the Duke of Edinburgh. “However, he will be remembered most of all for his extraordinary commitment and devotion to the Queen.

“For more than seven decades, he has been at her side. Their marriage has been a symbol of strength, stability and hope, even as the world around them changed – most recently during the pandemic. It was a partnership that inspired millions in Britain and beyond.

“My thoughts are with the Queen, the royal family and the British people as our nation comes together to mourn and remember the life of Prince Philip.”

Scottish First Minister Nicola Sturgeon said: “On behalf of the people of Scotland, I would like to express my deepest sympathy to Her Majesty The Queen and the rest of the Royal Family.

“Our thoughts are with them at this difficult time and their grief is shared by people across the country.

“The Duke of Edinburgh had deep and longstanding ties to Scotland, attending school here at Gordonstoun and regularly holidaying at Balmoral Castle.

“From his patronage of The Duke of Edinburgh’s Award Scheme, to his close association with the University of Edinburgh as Chancellor for over fifty years and his commitments to countless charities and organisations, Prince Philip’s long contribution to public life in Scotland will leave a profound mark on its people.”

Justin Welby, the archbishop of Canterbury, said: “I join with the rest of the United Kingdom and the Commonwealth in mourning the loss of His Royal Highness Prince Philip, the Duke of Edinburgh, and give thanks to God for his extraordinary life of dedicated service. Prince Philip continually demonstrated his unfailing support and unstinting loyalty to Her Majesty the Queen for 73 years.

“He consistently put the interests of others ahead of his own and, in so doing, provided an outstanding example of Christian service. During his naval career, in which he served with distinction in the Second World War, he won the respect of his peers as an outstanding officer.

“He embodied a generation that we will never see again,” Morrison said, adding: “Prince Philip was no stranger to Australia, having visited our country on more than 20 occasions. Through his service to the Commonwealth he presided as patron or president of nearly 50 organisations in Australia. Given his own service, Prince Philip also had a strong connection with the Australian Defence Force.”

He continued: “Australians send our love and deepest condolences to Her Majesty and all the royal family. The Commonwealth family joins together in sorrow and thanksgiving for the loss and life of Prince Philip. God bless from all here in Australia.”