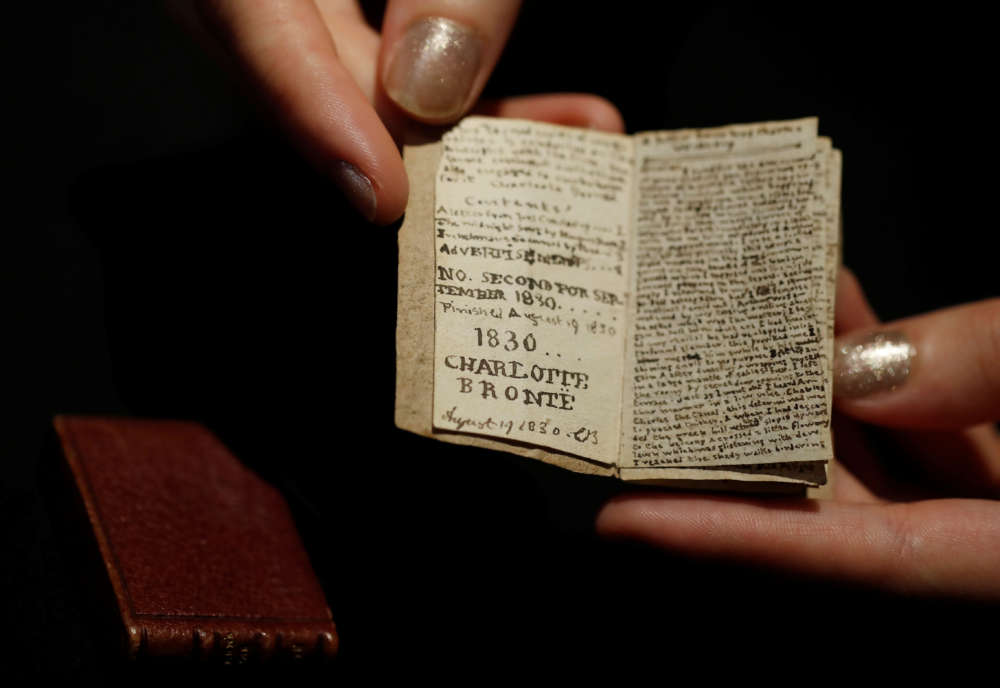 A miniature book written by the teenage Charlotte Bronte was bought at auction in Paris on Monday for €780,000 by a British museum whose bid was boosted by an appeal from actress Judi Dench.

Bronte wrote the unpublished manuscript, which is no larger than a match box, in 1830 at the age of 14. It was bought by the Bronte Parsonage Museum which is based at the Bronte’s childhood home in Haworth, West Yorkshire.

Dench, the doyenne of British theatre and film and honorary president of the Bronte Society, had urged the public to help bring the “little book home to Haworth” by donating money.

The manuscript, filled with over 4,000 tiny written words on paper stitched into a brown paper cover, had only come up for auction once before, eight years ago. On that occasion it slipped through the museum’s grasp and into a private collection.

“It has rarely been seen since,” the Bronte Parsonage Museum wrote on its Crowdfunder page ahead of the sale.

The manuscript is made up of stories with characters from ‘Glass Town’, an imaginary world invented by Bronte and her sisters Emily and Anne.

The museum raised 84,892 pounds in public donations, exceeding the target it had set. That supplemented a fund it already raised from other sources to bid for the manuscript, which is one in a sequence of six little books written by Bronte.

Five are known to survive, of which all the others are already held by the museum.

Bronte, whose works included Jane Eyre and Villette, died in 1855.

By In Cyprus
Previous article368 child abuse cases referred to ‘House of the Child’ since January 2018
Next articleU.S. has world’s highest rate of children in detention – U.N. study