Britons backing away from Brexit, but no safe bets – pollster 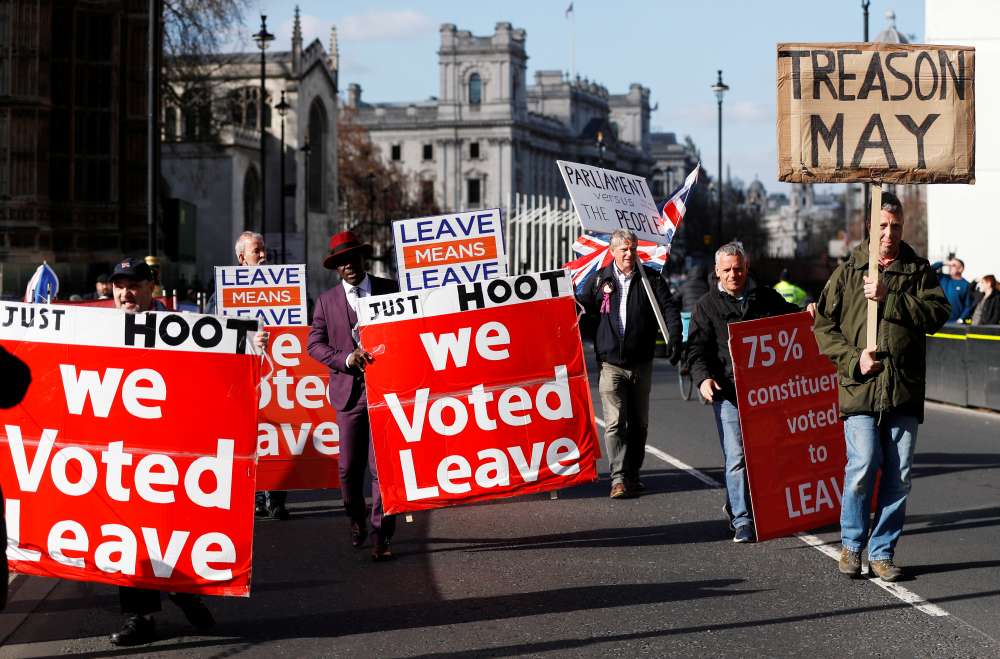 British voters appear to be changing their minds about leaving the European Union, Britain’s leading polling expert said on Tuesday, but not to a degree that would make a different result in another referendum a safe bet.

John Curtice, an academic who has been tracking voter intentions among more than 2,500 people since the 2016 Brexit vote, said recent polls showed that leaving the EU may not necessarily be the stance most Britons support.

Almost three years after Britain voted 52-48 percent to leave the European Union, the nation remains split over how to leave the world’s largest trading bloc, or even if it should.

Lawmakers and the government are at loggerheads over how the process will work.

The Social Attitudes survey compiled by Curtice included a summary of polls which showed voter intentions last month pointing to a 55-45 percent vote in favour of remaining in the EU. The 10 percentage-point gap compared with a lead of eight points for Remain in June last year.

“(Polling) is enough to raise doubts about whether, two-and-a-half years after the original ballot, leaving the EU necessarily continues to represent the view of a majority of the British public,” Curtice said.

“But given the potential frailties of all survey work the Remain lead in our data is not sufficiently large for anyone to be sure what the outcome of any second ballot would be.”

Supporters and critics of the EU were united only in their belief that Brexit had been handled badly, the survey showed.

“The longer the Brexit process has gone on, the more critical and pessimistic voters have become,” Curtice said.

The poll said 85 percent of Remain voters and 80 percent of Leave voters thought Brexit had been mismanaged.