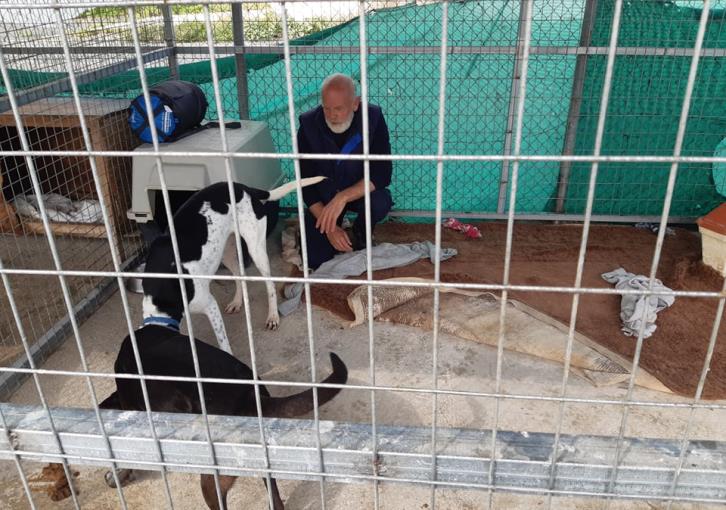 60-year-old Briton David Reid from Achna entered this morning a cage with dogs at the Aradippou Dog Shelter where he will remain until Friday 11 am as part of the project ‘One Man’s Rescue’ to raise awareness on rescue dogs’ physical and emotional ordeal when placed in a shelter environment.

Reid has only been provided with a sleeping bag and a box with dry food and water for his accommodation.

The Briton, a dog trainer, wants to raise awareness among the Cypriot public on issues such as the abandonment of dogs, and also aims to record the feelings of these animals living in shelters for years without loving owners. 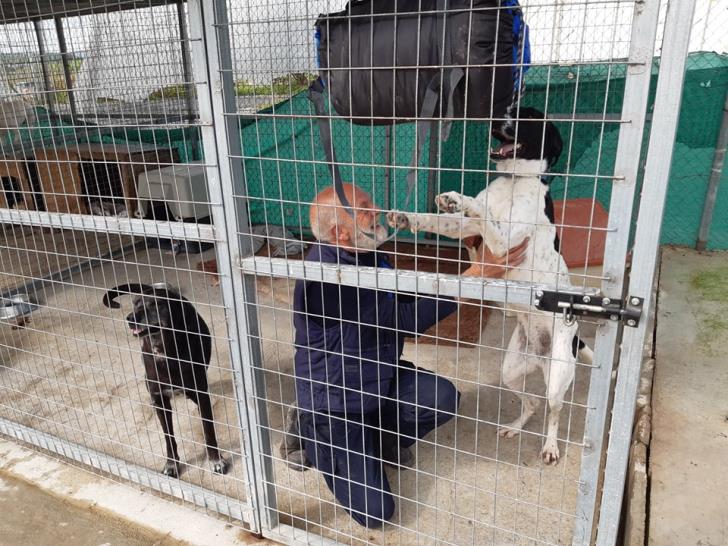 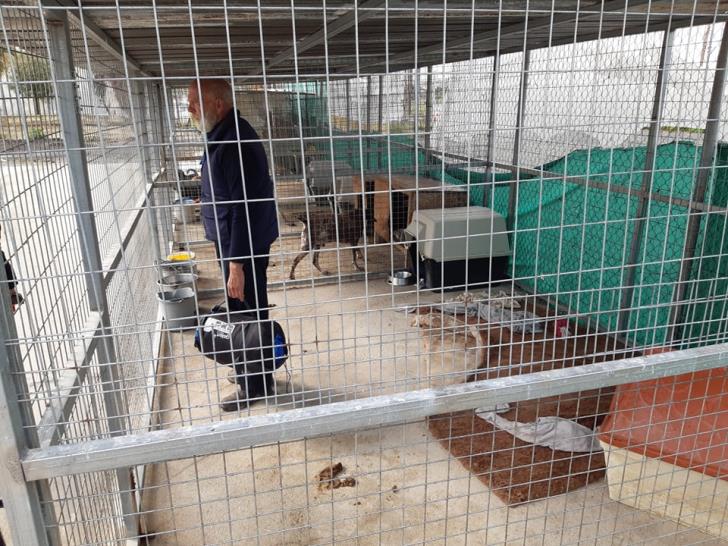 Daily updates on the project will be posted daily on a dedicated blog.

Volunteer at the shelter Anna Spanou told philenews that the event is taking place at the initiative of Reid and is supported by Elafi Animal Welfare Awards, and aims to help strays at Aradippou Dog Shelter as well as all shelters across Cyprus.

One of the shelter’s most long-term residents is Roulis, who has been living there for ten years: