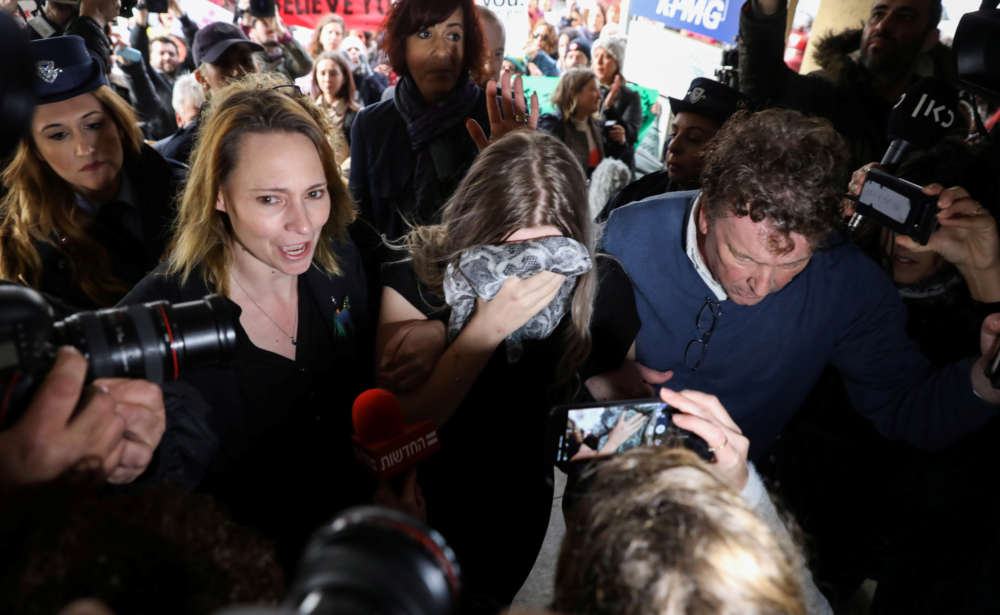 The British teenager given a four-month suspended sentence for making a false rape allegation will be flying back home later today, her lawyer said, adding that she will be appealing her conviction.

The 19 year old British woman who says she was coerced by police into retracting a complaint that she had been gang raped by 12 Israeli youths in an hotel in Ayia Napa in July has been in Cyprus on bail, after first spending several weeks in police custody.

Supporters — including from Israel –had gathered outside Famagusta district court on Tuesday holding placards “we believe you” as the British teen went to court to hear her sentence for an offence that carries a maximum penalty of one year in prison.

They  shouted “blaming the victim is the second rape” and “Cyprus justice shame on you” and the judge had to raise his voice over the chants to announce his decision to give her “a second chance” with a suspended sentence.

She hugged her family and legal team and left court weeping, with her head in her hands, after she was sentenced for public mischief.

Her lawyer Lewis Power QC said she will be returning home later on Tuesday but said her legal team would be challenging her conviction and were prepared to take the case to the European Court of Human Rights.

Judge Michalis Papathanasiou told the court he would not be jailing her, despite insisting that all the evidence suggested she was guilty.

He told the packed courtroom: “I admit, I have been troubled over this.  All the evidence shows that she had lied and prevented the police from doing other serious jobs. Twelve people were arrested and seven of them were there for at least 10 days. That was also a serious offence.

“Her psychological state, her youth, that she has been away from her family, her friends and academic studies this year, this has led me to decide to give her a second chance and suspend the sentence for three years.”

Addressing applauding supporters after the hearing, the teenager’s mother said: “I just want to thank each and every one of you for turning up today, having belief, having faith and making sure we get justice. On behalf of the family, I would like to say we are very relieved at the sentence that has been passed down today. I would also like to say thank you for all the support we have received throughout the globe.” 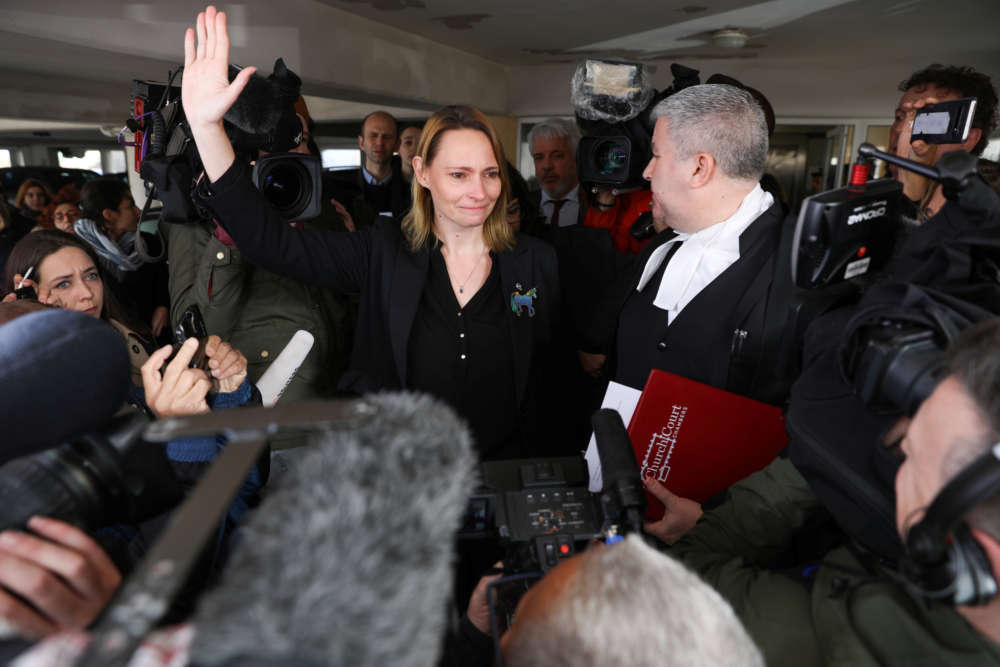 Power QC said: “Whilst we welcome the fact that the sentence imposed today allows her to go home, we strongly contest the conviction and the fight for her innocence will go on regardless.  We will be appealing the conviction and will take this case to the Supreme Court of Cyprus and are prepared to fight this case all the way to the European Court of Human Rights. We say and will maintain that this young girl was stripped both of her dignity and her basic human rights.”

British Foreign Secretary Dominic Raab, who has expressed “very serious concerns” about the woman’s treatment, said he was relieved she would be returning home after being barred from leaving the island.

“We will be following up on some of the issues in relation to the case, I spoke to the Cypriot foreign minister about that,” he said, adding there was no immediate plan to change the travel advice to Cyprus for Britons.