British would boost eurosceptics in next EU parliament- survey 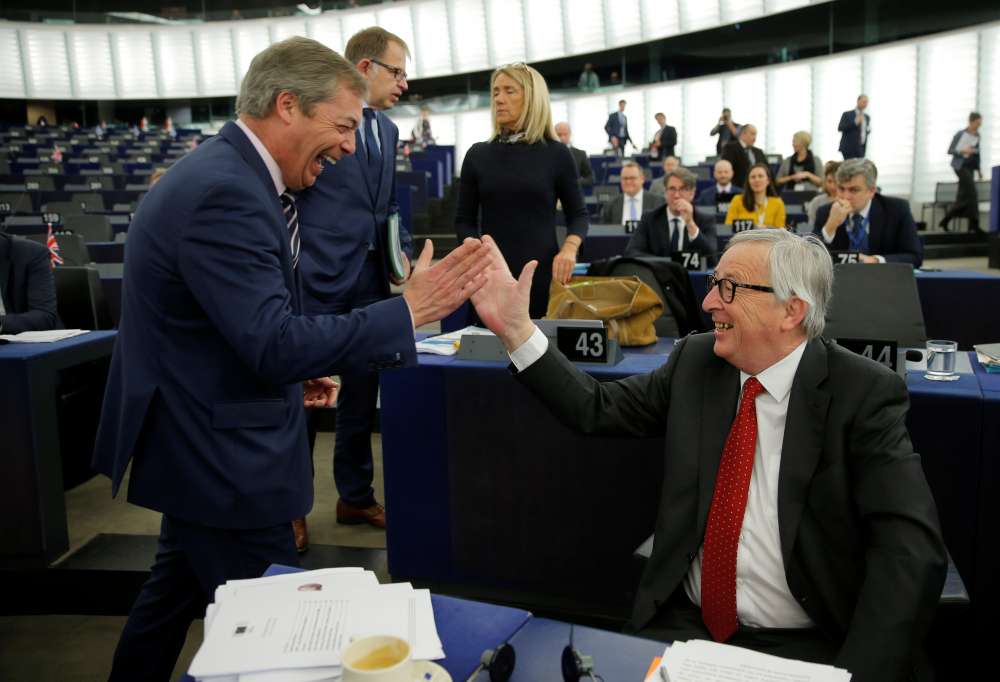 British voters at the elections for the next European Parliament would strengthen eurosceptic groups, while the centre-right would remain the largest grouping in the legislature, an EU survey showed on Thursday.

The projection, commissioned by the European Parliament, showed that the two most eurosceptic groups in the parliament would increase their share of seats to 14.3 percent of the total compared with 13.0 percent in the previous survey from March which did not include British voters.

The survey included national polls published up to April 15.

With Britain’s participation in the elections, which might still be avoided if a Brexit deal is struck before the May 23-26 vote, the nationalist Europe of Nations and Freedom (ENF) which includes Italy’s far-right League would scoop 8.3 percent of seats in the next legislature, down from 8.7 percent.

Europe of Freedom and Direct Democracy, the other openly eurosceptic grouping which currently includes the United Kingdom Independence Party, would win 6 percent of the seats from 4.3 percent predicted in March when Britain was not expected to take part in the EU elections.

The European Conservatives and Reformists grouping, which includes the PiS party of Polish eurosceptic leader Jaroslaw Kaczynski, would obtain 8.8 percent of the seats, up from 7.5 percent in the previous poll which did not include British Conservative voters.

Britain has secured an extension of Brexit to the end of October, meaning British parties have began campaigning for the EU election.

Under the new survey, which assumes the number of seats in the next parliament will remain 751 instead of dropping to 705 after Brexit, the centre-right European People’s Party would remain the largest, but its share of seats would fall to 24.0 percent from 26.7 percent forecast in March.

German Chancellor Angela Merkel’s centre-right Christian Democrats are expected to remain the largest national party in the next legislature, holding 30 seats, down from 33.

The centre-left Socialists and Democrats would be the second biggest grouping with 19.8 percent of the seats, down from 20.1 percent in the previous survey in March which did not include British votes.

Despite the contribution of the British Labour Party, which is estimated to win 20 seats in the next EU legislature, the centre-left’s total share of seats would fall due to declines for other national parties, including in Germany and Italy.