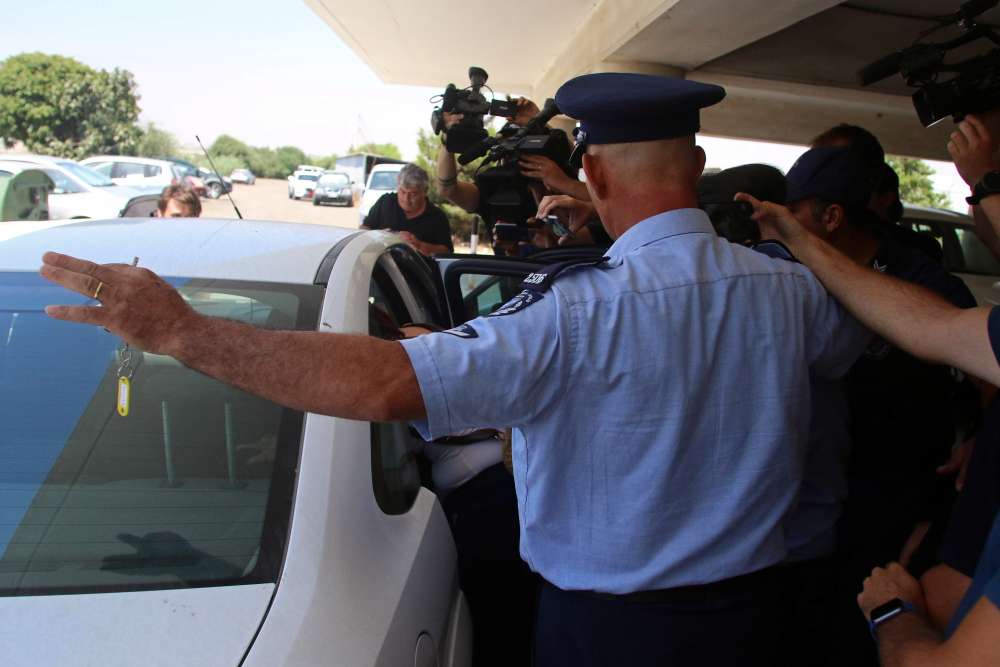 A 19 year old British woman will stand trial on August 7 for public mischief after she told police she had been gang raped by 12 Israeli youths in a room at the Ayia Napa Hotel where she was staying, but then changed her allegation.

The woman appeared before Famagusta district court on Tuesday under tight security. She did not enter a plea and will remain in custody until the trial.

The maximum penalty for the offence is up to one year in jail and/or fine of 1700 euro.

The 12 youths were initially arrested and remanded in custody but later released after police found nothing incriminating against them.

The woman reportedly changed her story on Saturday night when police pointed out discrepancies in the two statements she had given them.

The woman, who has not been named, was taken to Famagusta District Court on Tuesday where police brought in reinforcements to keep journalists, mostly foreign correspondents, from approaching her.

She faces charges of public mischief.  Her lawyer asked for time for her to enter her plea.

The woman had also appeared in court on Monday but that hearing was postponed because of the absence of her lawyer.

According to philenews,  members of the foreign press had opened the door of the patrol car on Monday asking whether she would be apologising to the 12 Israeli youths who had been arrested and held in custody as suspects for the alleged rape. This prompted police to send in reinforcements from Nicosia to Paralimni for Tuesday.

Five of the 12 Israelis were released on Friday and the remaining seven released on Sunday.

Late on Saturday the woman changed her story and was arrested on suspicion of making false allegations and public mischief.

She had her face covered while being taken to and from the court and said nothing.