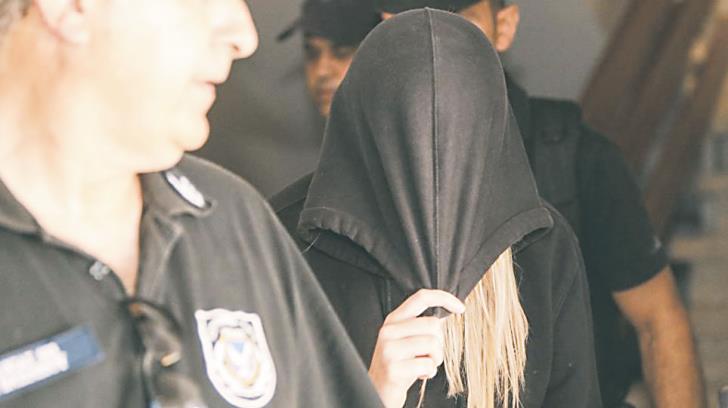 A British teenager accused of lying that she was gang-raped by 12 Israeli men in an Ayia Napa hotel room last July on Tuesday described the alleged attack in court.

The 19-year-old fought back tears as she told Famagusta district court how she was held down while being sexually assaulted and left so scared that she fainted twice, according to the Daily Mail’s electronic edition.

The alleged victim is on trial accused of lying about the gang rape by the young Israelis and has been branded an ‘unreliable witness’ by the judge trying the case.

She has chosen to give evidence to prove she was not lying, while her defence lawyers claim that she was bullied by police into withdrawing her rape allegation.

The prosecutor in the case argues that the woman knowingly and willingly signed a retraction statement 10 days after the alleged attack.

She is accused of a single charge of public mischief which carries a custodial sentence of a year in prison and a fine of around €1,700 – if convicted.

On November 28, the ‘trial within the trial’ ruling by judge Michalis Papathanasiou said that the defence’s claim that the woman’s July 28 statement was the result of pressure by Cyprus police was unfounded.

He also said her account had contradictions, lacked coherence, contained exaggerations, was illogical and inconsistent.

The messages submitted as evidence were selective and were sent after the British teen gave her statement, the judge had also said.

As regards the British psychologist who testified by teleconference, the judge said she was an unreliable witness.

He said the defendant had written her statement on her own and has signed it, was given breaks, had gone to the bathroom and was not under pressure when she wrote it.