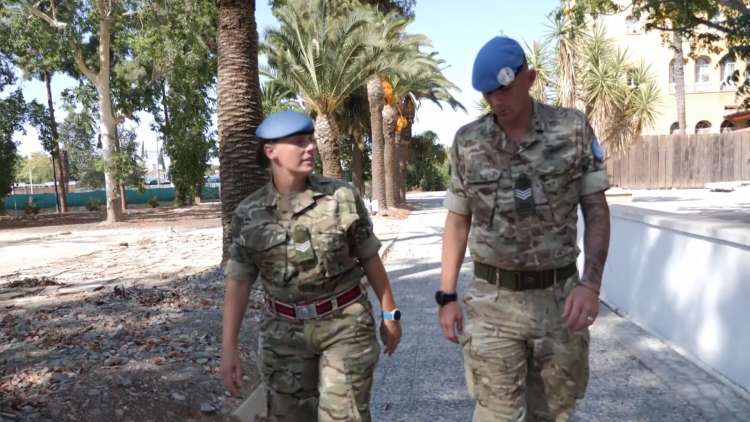 Cyprus has lived up to its reputation as the island of love for two British soldiers who married in Nicosia during an operational tour.

According to British Forces News sergeant Lianna and sergeant Robert France of the Royal Lancers, met online, and said their vows in the middle of a UN peacekeeping tour.

They married two months ago  in Nicosia with a full military guard of honour.

Robert is a platoon sergeant, while Lianna is the Lancer’s Regimental nurse, it added.

“We met a little over three years ago within the Catterick area,” says Robert. “I had just came across as part of the amalgamation with the 9th/12th Royal Lancers and the QRL (Queen’s Royal Lancers). We spoke for a little bit before we eventually managed to meet up.”

The couple started planning their wedding in April. All the elements were organised locally.

As there are no married quarters on Op Tosca, the newly-weds will live and work separately for the remainder of their six month tour.

Lianna says: “We’ll meet on a weekend if we have like a Sunday off for example, go for a coffee. We’re at work so, to be honest, most of the time, if you saw us at work, you wouldn’t think we were either married or in a relationship.”