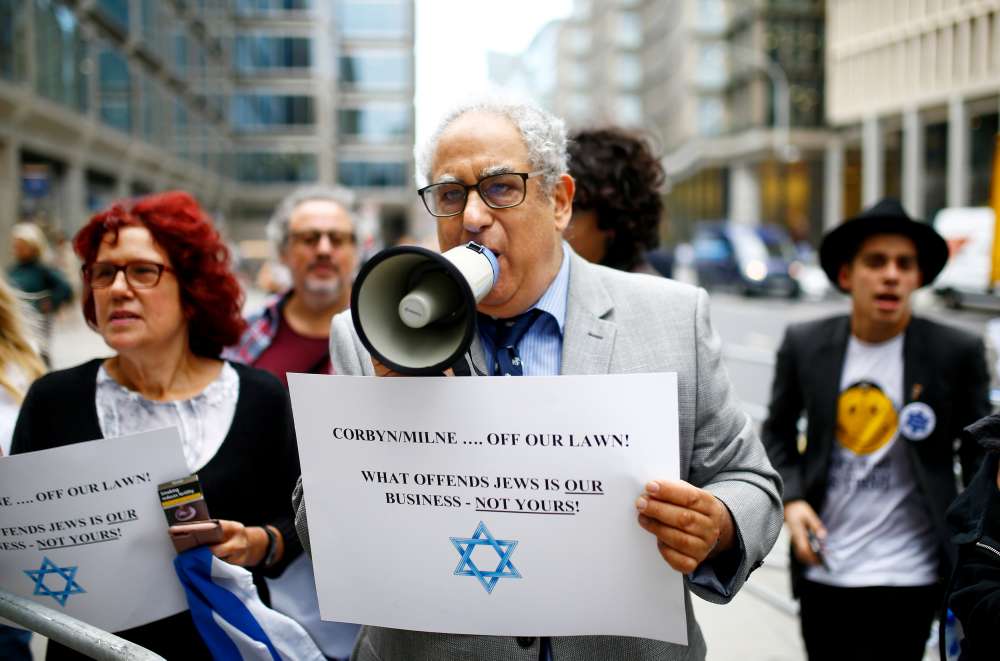 British police said on Friday they had launched an investigation into alleged anti-Semitic hate crimes within the opposition Labour Party, after a report that Labour itself had found evidence of party members threatening politicians.

In recent years, Labour has been accused of harbouring anti-Semitism and Jewish groups have accused Labour leader Jeremy Corbyn of not taking the problem seriously enough.

London’s Metropolitan Police began an inquiry after its chief, Commissioner Cressida Dick, was given a Labour Party dossier in September by London’s LBC radio that detailed 45 alleged cases of anti-Semitism, the station said.

It included a reported Facebook post from a party member saying that a Jewish Labour lawmaker would get a good kicking, and another post with a threat to throw two other members of parliament off the top of a building.

“A criminal investigation has commenced into some of the allegations within the documentation,” a police statement said.

“If people have committed hate crimes, then they need to be dealt with by the full force of the law. There’s no role for them in the Labour Party,” he told BBC Radio.

Corbyn acknowledged this year, after months of pressure, that anti-Semitism had surfaced within the party, and apologised for the pain it had caused.

But Jewish leaders criticised his response as a “disappointing missed opportunity”.

A report in February by the Community Security Trust, a charity that provides security advice to Britain’s Jewish communities, said anti-Jewish sentiment was becoming more commonplace.

It said publicity about alleged anti-Jewish sentiment in Labour had been partly to blame for a record number of anti-Semitic incidents in Britain last year.

Amanda Bowman, vice president of the advocacy group the Board of Deputies of British Jews, said there was a “deeply embedded culture of anti-Semitism in parts of the Labour Party, and Jeremy Corbyn has done close to nothing to address it”.

By In Cyprus
Previous articleU.S. lifts sanctions on top Turkish officials as tensions ease
Next articleSecurity Council members must play “active role” in search for solution, Russian Ambassador to the EU says