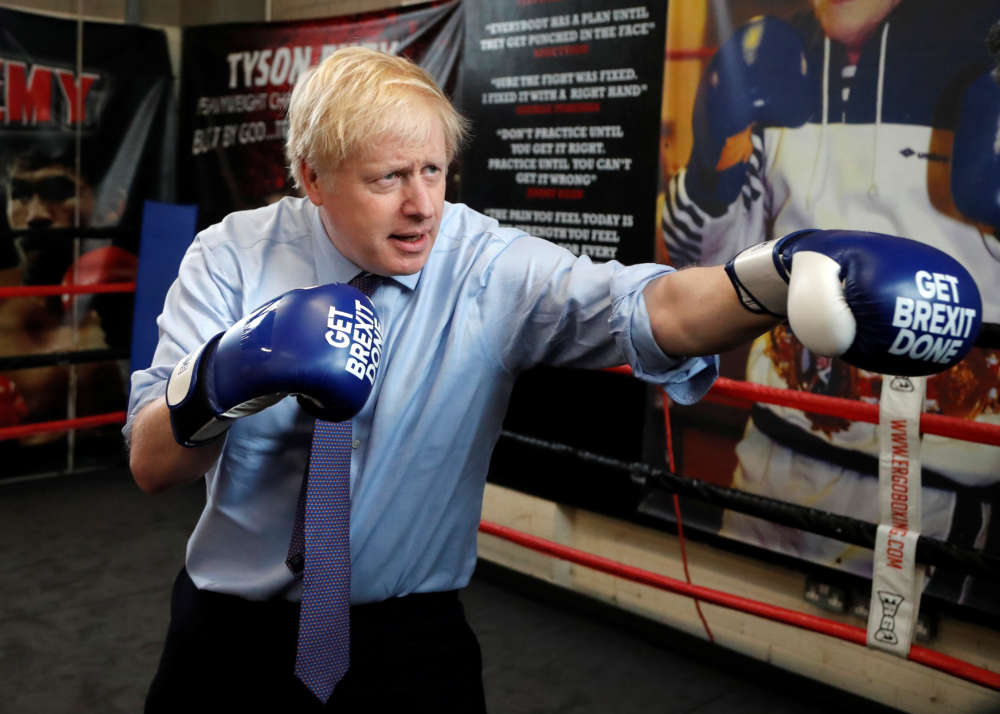 British Prime Minister Boris Johnson will probably win the Dec. 12 election with a small majority but the campaign has so far been uninspiring with a host of unrealistic promises on both sides, Brexit Party leader Nigel Farage said on Tuesday.

“The one prediction I am going to make is that it is going to be a low turnout unless parties like us can inspire people to go out and vote for change,” Farage told supporters in Peterborough, a cathedral city in eastern England.

“It does look like Boris will have the biggest party. It does look like he’ll probably get a small majority,” he said, adding that it was one of the most uninspiring elections he could remember.

“I cannot think of any campaign like this that so far is failing to inspire on such an extraordinary scale,” he said. “Everyday we get promises, 100 billion for this, 200 billion for that,” Farage said.

“We’ve heard it all before. My impression is that nobody believes a single word they are being told.”

Meanwhile,  Northern Ireland’s Democratic Unionist Party will not consider supporting a government led by Labour Party leader Jeremy Corbyn, as it would be “hugely detrimental” to the United Kingdom, DUP leader Arlene Foster said on Tuesday.

The DUP has long been hostile to Corbyn because of his sympathy with Irish nationalists Sinn Fein and their goal of cutting Northern Ireland’s ties with London and joining a united Irish state.

But Labour and the DUP are united in their opposition to Prime Minister Boris Johnson’s EU withdrawal agreement and if the DUP retain their 10 seats in British parliamentary elections on Dec. 12, they could be crucial in the formation of the next British government.

“We are very clear that we will not be supporting a Jeremy Corbyn-led labour party in a government, because we believe Jeremy Corbyn would … be hugely detrimental to the united Kingdom in terms of the break up of the united kingdom,” DUP leader Arlene Foster told journalists in Belfast.

“There are many, many reasons why couldn’t in all conscience support a Jeremy Corbyn-led administration,” she said.

By In Cyprus
Previous articleDonors pledge $2.6 billion for “last mile” of polio eradication
Next articleAlmost 2500 citizens say no to the new Paphos-Polis Chrysochous motorway