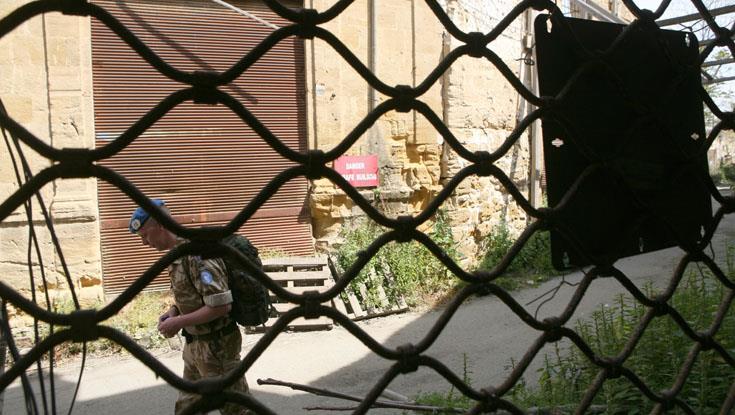 The UK Government has not changed its position against direct flights between British airports and the occupied airport of Tymbou in Cyprus, the Secretary of State for Transport Chris Grayling has said.

Grayling was responding to a question in the House of Commons on Thursday by the Conservative Chipping Barnet MP Theresa Villiers.

The long-standing friend of Cyprus north London MP asked the Transport Secretary to “confirm that the Government have no intention of allowing direct flights between the United Kingdom and the northern part of Cyprus.”

Her question was prompted by a fellow Conservative MP and former minister, Iain Duncan Smith, recently declaring his support for a petition to allow direct flights from the UK to the Turkish-occupied part of Cyprus.

Grayling said: “Let me be clear: all Members of the House would like to see a long-term solution to the issues on the island of Cyprus. This country will continue to work with our friends in Cyprus to try to achieve that goal, but our policies on flights have not changed.”

Villiers welcomed the Transport Secretary’ statement by saying that “To have allowed these (direct flights) to go ahead would have meant recognising the administration in north Cyprus as a sovereign government. This would mean a reversal of longstanding policy by Conservative, coalition and Labour governments. This would have been a big step and one which would have been strongly opposed by many of my constituents.”

“The way to open up the possibility of direct flights to the northern part of Cyprus is to find a negotiated settlement between the two sides which reunites the island. As the Transport Secretary said today, the UK government will continue to work with friends in Cyprus to achieve that goal. Agreement on a just, viable, and balanced settlement will deliver many benefits to the economy across the whole of Cyprus, including the travel and tourism sector,” she said.

The UK does not recognise the illegal Turkish Cypriot regime in the occupied northern Cyprus and accepts as the only legal point of entry to the island the Republic of Cyprus.