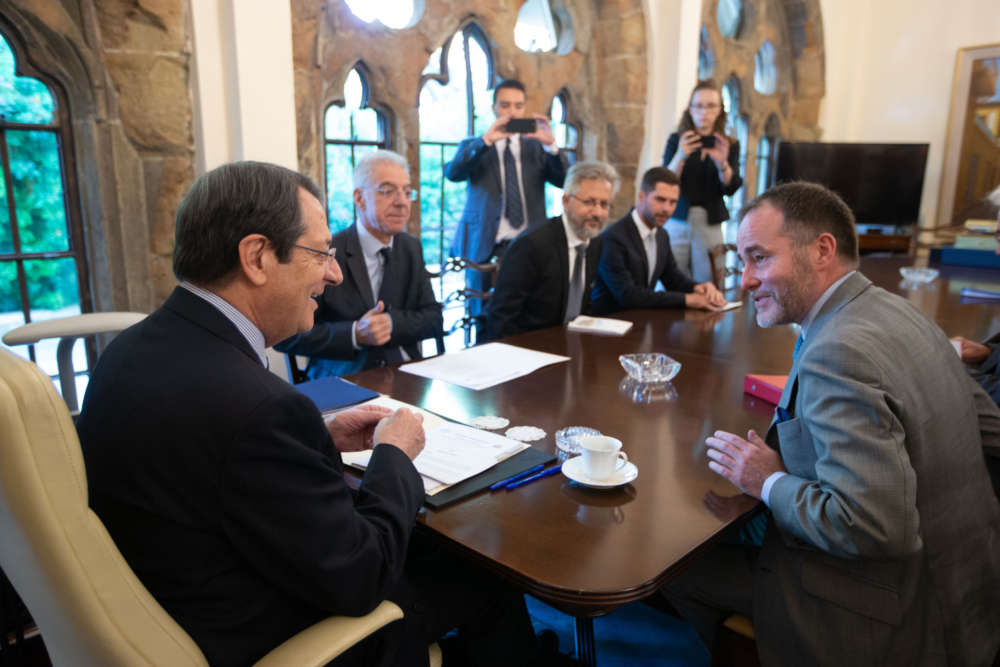 A British minister on Friday said Britain ‘deplored’ any drilling in waters close to Cyprus as a row escalated between Nicosia and Turkey, which was poised to start searching for oil and gas south of the island.

“I made it very clear that Great Britain deplores any drilling in waters close to Cyprus but supports Cyprus’s right to extract oils in its exclusive economic zone,” said British Minister of State for Europe, Christopher Pincher.

Any oil wealth, he said, should be extracted to the benefit of all Cypriots.

Pincher was speaking in Nicosia after a meeting with Cyprus President Nicos Anastasiades.

Reiterated UK strong support for a Bi-zonal Bi-communal federation with political equality in #Cyprus with President @AnastasiadesCY today. The United Kingdom stands ready to play its role to secure a better future for all Cypriots. pic.twitter.com/fAy0a1sCNI

A Turkish diplomat said the Turkish drill ship Yavuz will start a new round of offshore drilling operations in the eastern Mediterranean, south of Cyprus, on October 7.

Earlier Cyprus condemned Turkey’s move to send its ship to the region and said Ankara’s action in sending the Yavuz to an area Nicosia has licensed for offshore hydrocarbon exploration was a ‘severe escalation’ of  Ankara’s violations of the island’s sovereign rights.

By In Cyprus
Previous articleCypriot wanted for stealing gold arrested in UK
Next articleKato Drys to host ‘Moon: Gateway to the stars’ event on October 5