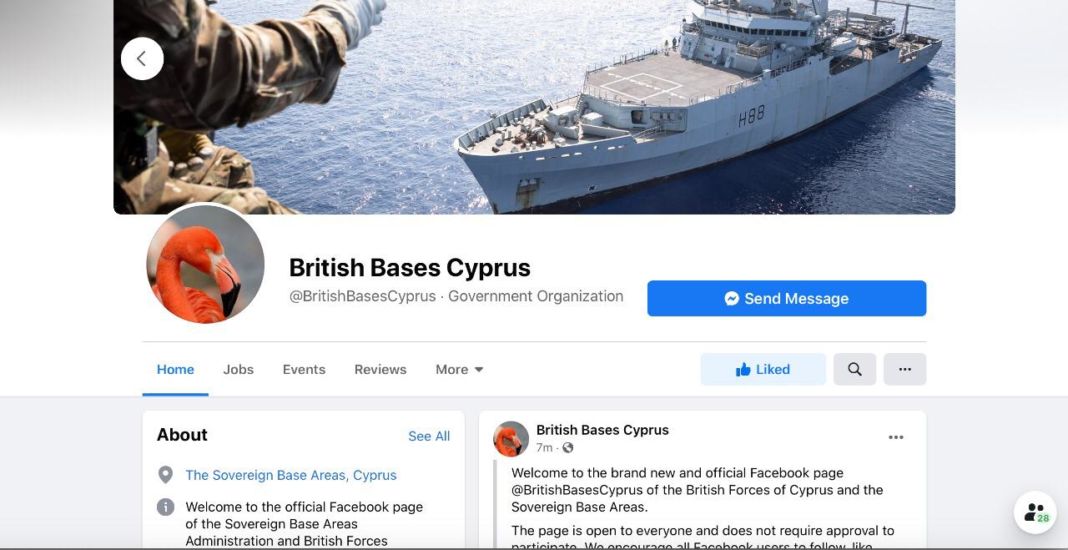 British Forces Cyprus on Wednesday announced the launch of its official Facebook page which aims to keep the media and those interested in life within the Bases both informed and entertained.
The page, @BritishBasesCyprus, is now live and will quickly become the one-stop-shop for all of the latest news and information relevant to the British Bases and the Sovereign Base Areas.
The new page will also provide an image library for the media to accompany stories, making some of the most spectacular and significant pictures from within the Bases available in the public domain.
Head of Media for the Bases, Jan Kemal, said he was certain the launch of @BritishBasesCyprus will be another essential tool in the drive to bring life ‘behind the wire’ closer to the wider-Cyprus community.
He explained: “Launching the Facebook page is something we have been looking at for some time now because we are keen to have an open and close relationship with the Cypriot community, not just within the SBAs, but across the whole island and we are confident the new Facebook page will do just that.”
The Facebook page, which is aimed at communities across the whole island will sit seamlessly alongside the Bases official Twitter account, @BFCyprus.
https://www.facebook.com/BritishBasesCyprus/
By Annie Charalambous
Previous articleOfficer in Kouklia police station tests coronavirus positive
Next articleChildren’s rights activist Anastasia Papadopoulou gives birth to baby boy