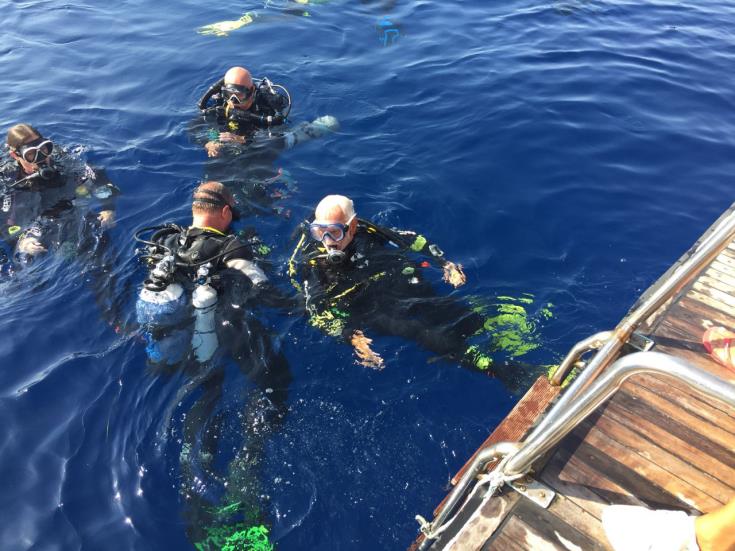 The world’s oldest scuba diver, Ray Woolley, marked his 95th birthday on Saturday with a dive at the Zenobia wreck off Larnaca, the Cyprus News Agency reported.

It said Woolley, a British World War Two veteran and the world’ oldest scuba diver according to the Guinness Book of Records, set a new record by diving to 40.6 metres during a 45 minute dive.

Joining him were more than 200 divers from various diving schools from here and abroad.

Woolley’s effort was supported by Larnaca’s Tourist Development and Promotion Board as part of a promotional campaign for the Zenobia wreck which sunk in June 1980 and is considered one of the world’s best diving spots.

Larnaca mayor Andreas Vyras said that with his energy, Woolley had sent a clear message that there are no limits to willpower only respect and love for what you do.

“This is perhaps one of the most beautiful ways to show the beauties of Larnaca and stress the importance of the Zenobia wreck to our town, a unique spot which combines a huge wreck close to land,” he said.

“The wreck is very important to the economy of Larnaca,” he added.

Woolley said he was happy that so many people had shown an interest in his attempt, noting that he had never carried out a dive with so many divers.

He said that he had dived at the wreck on his 94th birthday and had pledged at the time to do so again the following year.

Woolley said he wanted to send the message that it was important to stay fit and said he would try the same dive again next year, when he is 96.

He thanked the divers who joined him, saying that without them he would not have been able to have carried out his dive, and that he had shaken the hands of many of them at the wreck.

The world’s oldest diver has been diving for the past 58 years. He said Cyprus was ideal for scuba diving. “Cyprus is my home now and I am happy to be living on the island.”

By In Cyprus
Previous articleTen immigrants picked up in Akamas
Next articleInterior Minister: Worrying increase in irregular migration