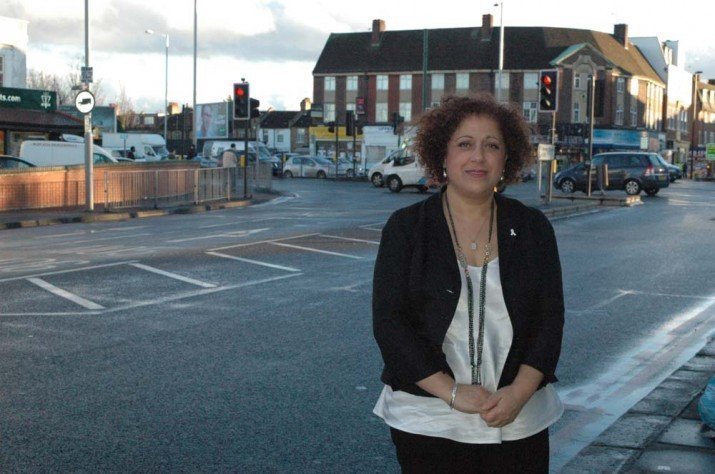 Enfield, London councilor Ayfer Orhan has been suspended from the Labour Party after sharing a Twitter post that claimed Israel had supported Al Qaeda and ISIS in a bid to destabilise Syria and secure control of  the Golan Heights, according to the Jewish News.

On March 21 Orhan retweeted a tweet from @Partisangirl – a verified Twitter account with over 100,000 followers – that said: “#Israel hoped that destabilising #Syria by supporting ALQaeda & #ISIS would help legitimise their annexation of the #GolanHeights. The Golan has a lot of water, but they discovered it also has oil.”

The post by @Partisangirl then claims that a company called Genie Energy was set up to drill in the region and lists a number of high-profile figures as being members of its board.

In sharing the tweet with her own followers Orhan, who is seen as a possible Labour parliamentary candidate for the Enfield North constituency following the defection of Joan Ryan to The Independent Group, commented: “What is this??? I have been watching the development of political interest for the #GolanHeights with some interest but this is truly shocking if true.”

What is this??? I have been watching the development of political interest for the #GolanHeights with some interest but this is truly shocking if true. https://t.co/tct8u427Dr

Caliskan said: “Orhan has been suspended from the Labour Group at Enfield Council, pending investigation.

“This swift decision was taken following an antisemitic tweet posted by Cllr Orhan, which has caused great offence.

“Labour Party values mean we opposes all forms of xenophobia and racism, that includes antisemitism. It is important we challenge it and stand up against it whenever and wherever we face it, whichever political party”.

The Enfield Southgate Constituency Labour Party (CLP) came under criticism earlier when it tweeted to defend Cllr Orhan, asking someone who complained: “What exactly is wrong with this statement?”

When she was elected last year, Çalışkan became Enfield Council’s first female leader and the youngest in London.

US president Donald Trump last week signed an order officially recognising Israeli sovereignty over the Golan Heights, which was captured by Israel during the Six-Day War in 1967.

Israeli jurisdiction over the territory was not recognised internationally until President Trump’s intervention on March 25 – a move that was welcomed by Israeli Prime Minister Benjamin Netanyahu but criticised by Syria as a “blatant attack” on its sovereignty.

Labour has faced growing pressure to take a tougher stance on alleged anti-Semitism in its ranks following accusations it had been slow to act on reports of anti-Semitic incidents.