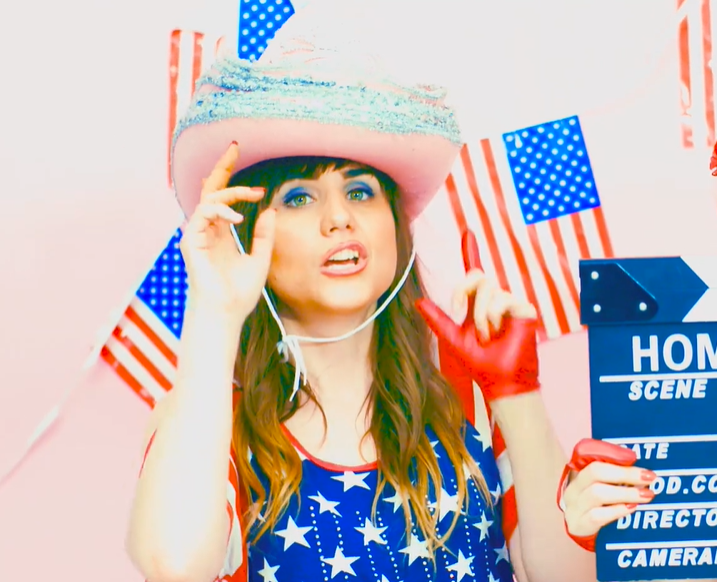 Vic Reeves and UK Cypriot comedian and actress Natasia Demetriou will host the game show The Big Flower Fight to launch in May, where contestants will be called to create giant flower installations.

According to Netflix, “ten pairs of florists, sculptors and garden designers will face off in a friendly floral fight to see who can build the biggest, boldest garden sculptures.”

Producers said that the winner of The Big Flower Fight will design a sculpture that will be put on display at London’s Kew Gardens.

According to newspaper Parikiaki, Demetriou also stars in BBC 2 series What We Do In The Shadows, the second season of which will air soon, and a new sketch show called Ellie & Natasia.

Pictured: Still from sketch “Natasia Demetriou and Ellie White – Top 10 Best Things About The Land of The America” on Vimeo.