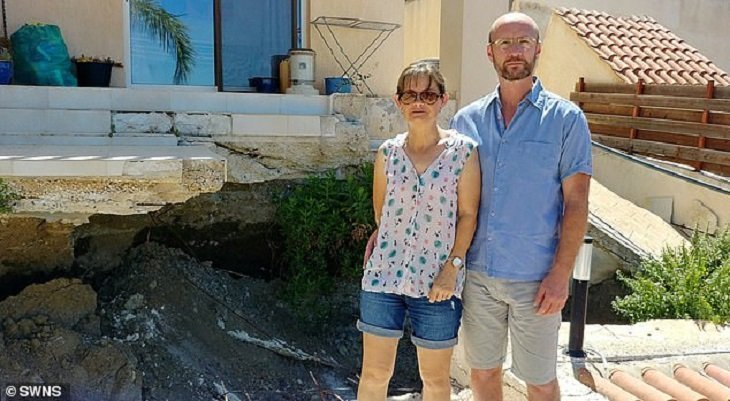 A British couple who bought a villa in Armou, Paphos in 2008 are suing the government of Cyprus as their property has been severely damaged by landslides.

Simon and Jenny Phillips told the DailyMail that they “sold everything” to move to Cyprus and buy a £200,000 house with a big swimming pool and a view of the sea in the area “Kalogeroi” in Armou.

However, the DailyMail writes, they are now stuck in “a cross between a building site and warzone”.

An especially rainy winter triggered landslides underneath the home less than two years after they bought it, causing large craters and a dangerous drop outside the front door to form, and tilting the garage to a 12-degree angle. 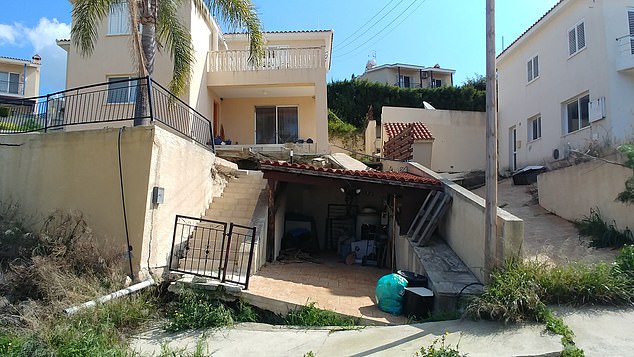 Today, parts of the property have slipped more than six feet below the ground and the family, from Hertfordshire, are the only ones left on the development after five other British households deserted their homes.

Simon says the Cypriot government should not have allowed developers to build on site in 2004, as an independent engineering report later finding the soil was ‘problematic’.

According to the DailyMail, the report said the government was aware of the site’s “geological problems” and allowed the developers to build without taking “necessary precautions to stabilise and secure it.”

Philenews contacted Armou community leader Panikos Hadjitheoris who said that no title deeds and type approvals have been issued for any of the six houses, which have been deemed as “unfit” by the Paphos District Office.

In fact, the state has asked for demolition decrees for the houses as they are considered to be dangerous and the local administration is taking legal action against the developers.

Hadjitheoris notes that Kalogeroi is the only area in the village where the soil is problematic and that other parts of Armou are not affected by landslides.

The developer is now defunct, but the distraught family are suing the Cypriot government for the value of their home – which experts believe could cost £210,000 to repair.

“No one in their right mind would buy this house or any of the other homes on the development,” Simon said. “We’ve had countless sprained ankles over the years, the place is just so dangerous.” 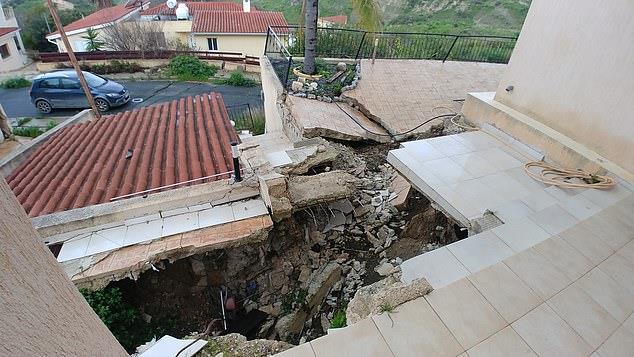 He added that he is “racked with guilt” over the decision to relocate his wife, a 50-year-old waitress, and daughters.

“I carry a huge amount of guilt with me all the time. I have ripped myself apart about this. Our dream has been ripped away from us. The life we wanted for our kids has been taken away.”

The independent report carried out in 2014 found the home “unfit for habitation,” but the family continue to live there in defiance of a government order banning them from staying.

Simon says: “We can’t afford to move house. Even though the whole hillside could one day slip down the valley, we have nowhere else to go and I am not making my family homeless.

“This is the only home my children really remember living in, the home they grew up in. And it’s such a tragedy they have been put through this”.